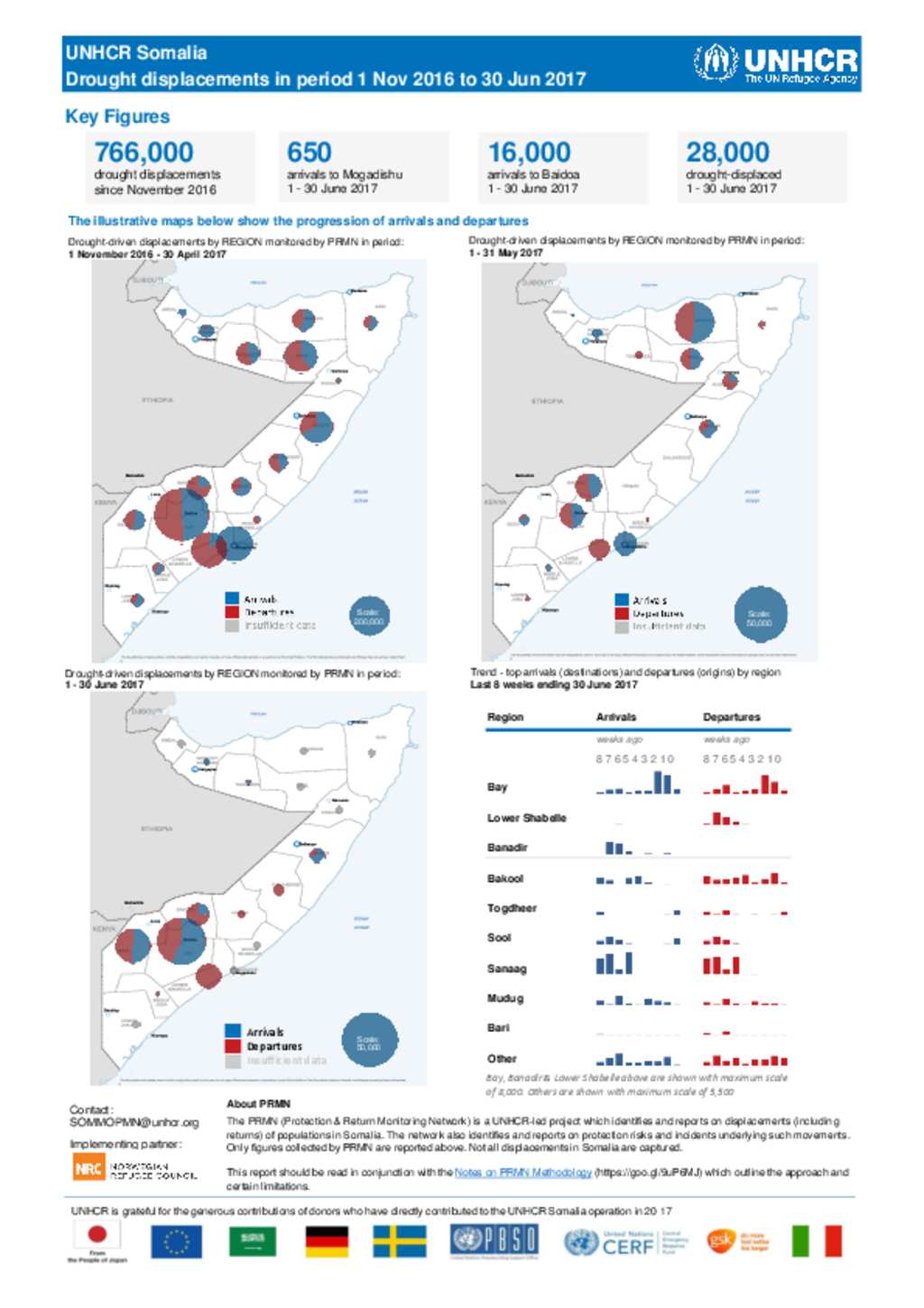 Key Highlights • 28,000* displacements driven by drought were reported during the period 1 to 30 June 2017 compared to 46,000 in May. In the last two months, a significant decline in new movements has been observed compared to the months of March and April when 131,000 and 278,000 people respectively were recorded. • The number of people drought-displaced monitored by the PRMN network from 1 November 2016 to 30 June 2017 totals 766,000. • Baidoa witnessed a spike in arrivals during the period 1-30 June with 16,000* arrivals compared to just 4,700 for the whole of May. Drought-related arrivals in June totalled 650* for Mogadishu compared to 9,100 in May. • Approximately 17,700 individuals (of which 11,200 during June) are reported to have returned to their villages of origin in Bay region – predominantly to villages within Baidoa district but also to Dinsoor and Qansahdhere districts. Significant returns in other regions have not been observed so far