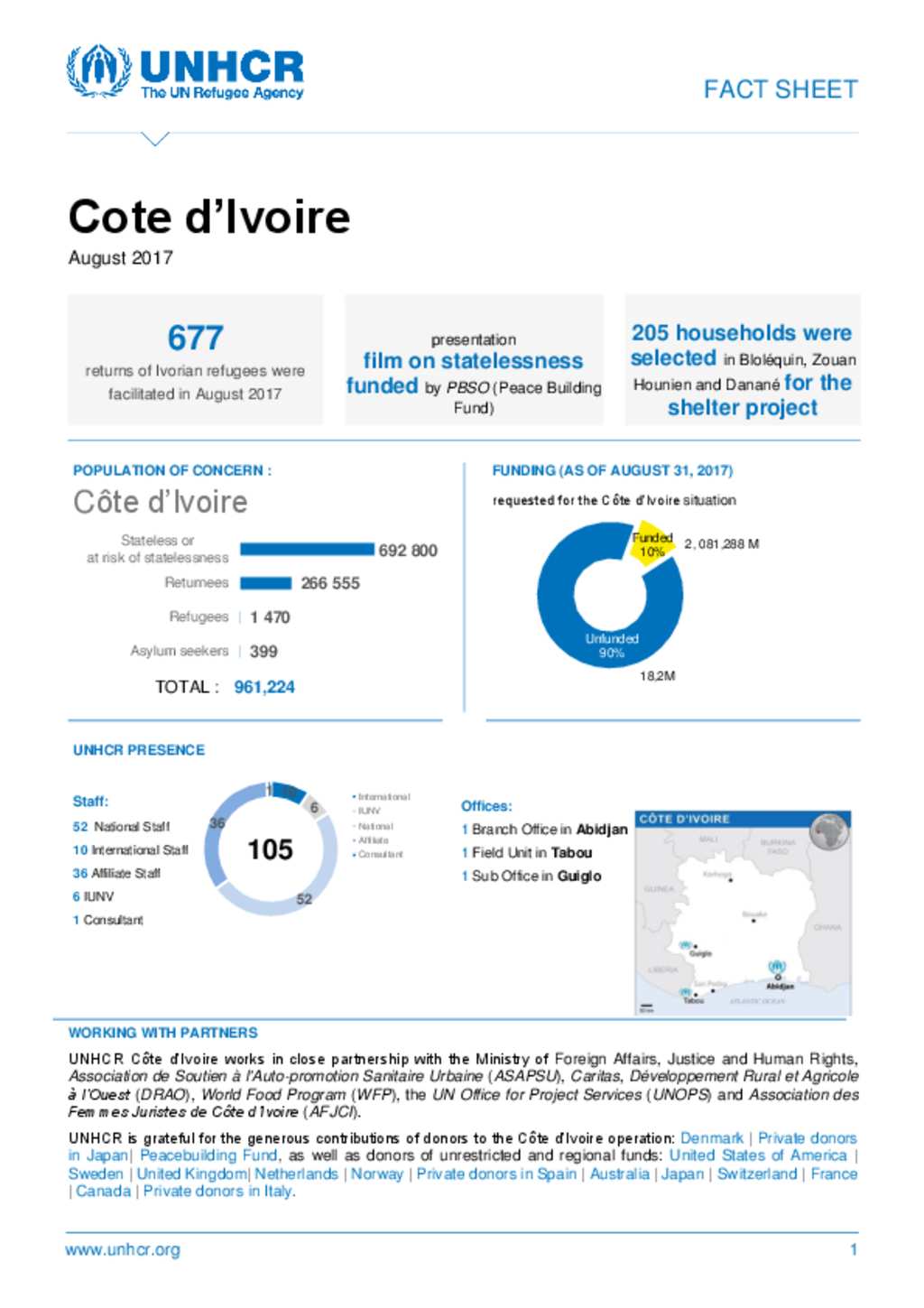 Reintegration activities ▪ Social Cohesion 01 awareness campaign on Social cohesion and resolution of conflicts was organized in Guiamapleu through participatory theater; "The causes and consequences of land conflicts" and "alternatives to violence in the event of conflict" were the chosen themes. ▪ Shelter Project 205 households were selected in the departments of Bloléquin, Zouan Hounien and Danané for the shelter project. These households selected among the most vulnerable in 23 localities of these three departments have already received construction toolkits. During this month, UNHCR implementing partner Caritas has begun the construction in Bloléquin. 06 shelters have their foundations completed at this stage in Keibly and Douandrou. ▪ Rehabilitation / Construction The construction of a classroom in Zeaglo and 2 other classrooms in Doualeu are ongoing at this time while the health center in Diboke is being finished. The rehabilitation of the Diboke (Guiglo) Health Center has been completed meanwhile cons