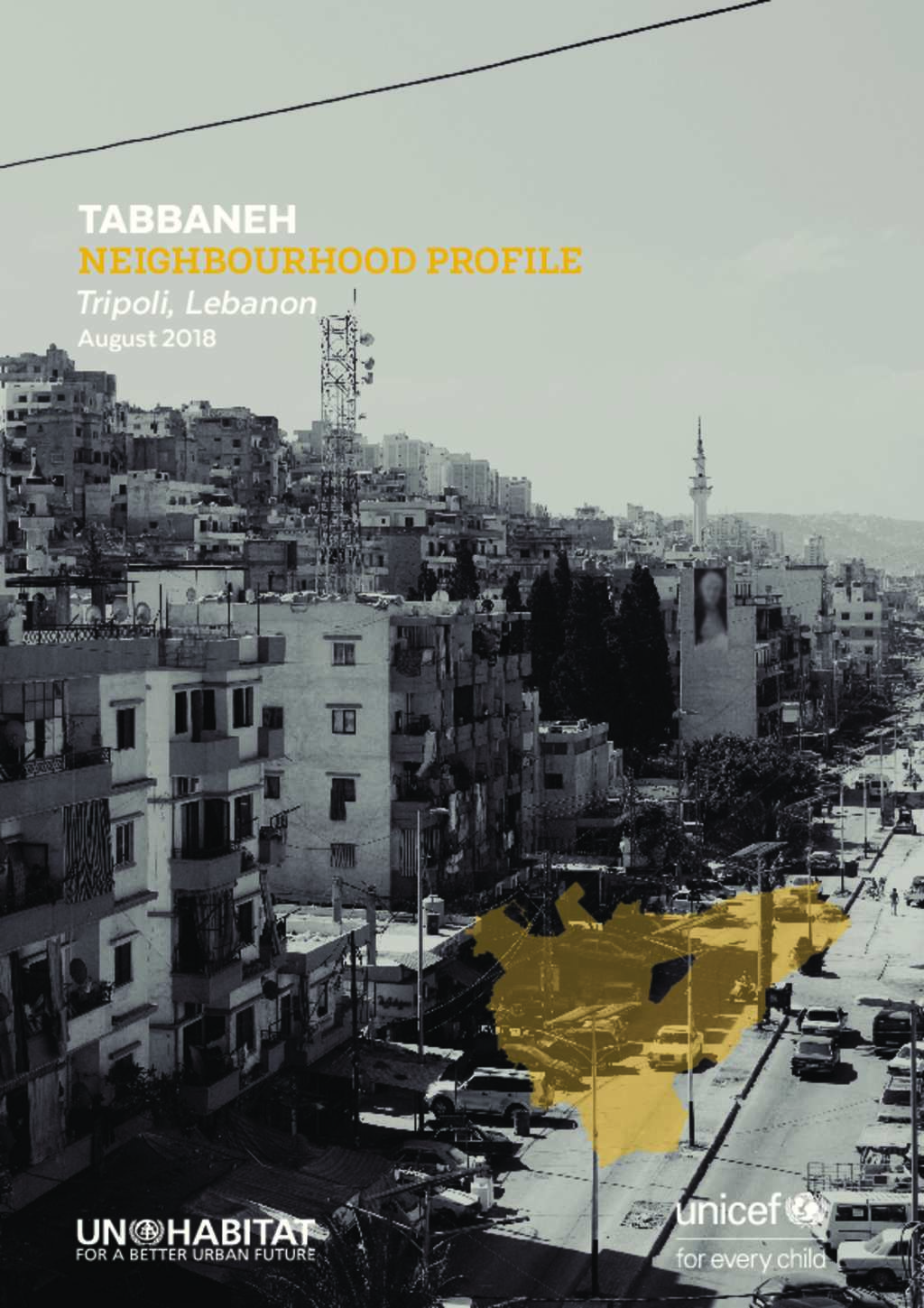 Tabbaneh is a predominantly residential neighbourhood in eastern Tripoli, on the east banks of Abu Ali River. It falls within the jurisdiction of Tripoli Municipality, in Lebanon’s North Governorate. It is a low-income, disadvantaged neighbourhood, exhibiting a relative fragility in terms of historical¬ly rooted tensions affecting the security situation, weak public social and basic urban services provision, and limited livelihood opportunities. Covering an area of 0.42 km2, it accom¬modates 20,449 people, the vast major¬ity (82.9 percent) of whom are Lebanese. Of the remaining 17.1 percent, most (15.3 percent of the total residents) are Syrian, while 0.5 percent are Palestine refugees from Syria. A household survey sam¬ple suggests that, of the non-Lebanese households, 78.3 percent arrived in Leb¬anon from 2011 to 2017, suggesting the extent to which the Syrian refugee crisis, which started in 2011, has driven the re¬cent demographic changes. Neighbourhood profiles are reports containing original spatialize