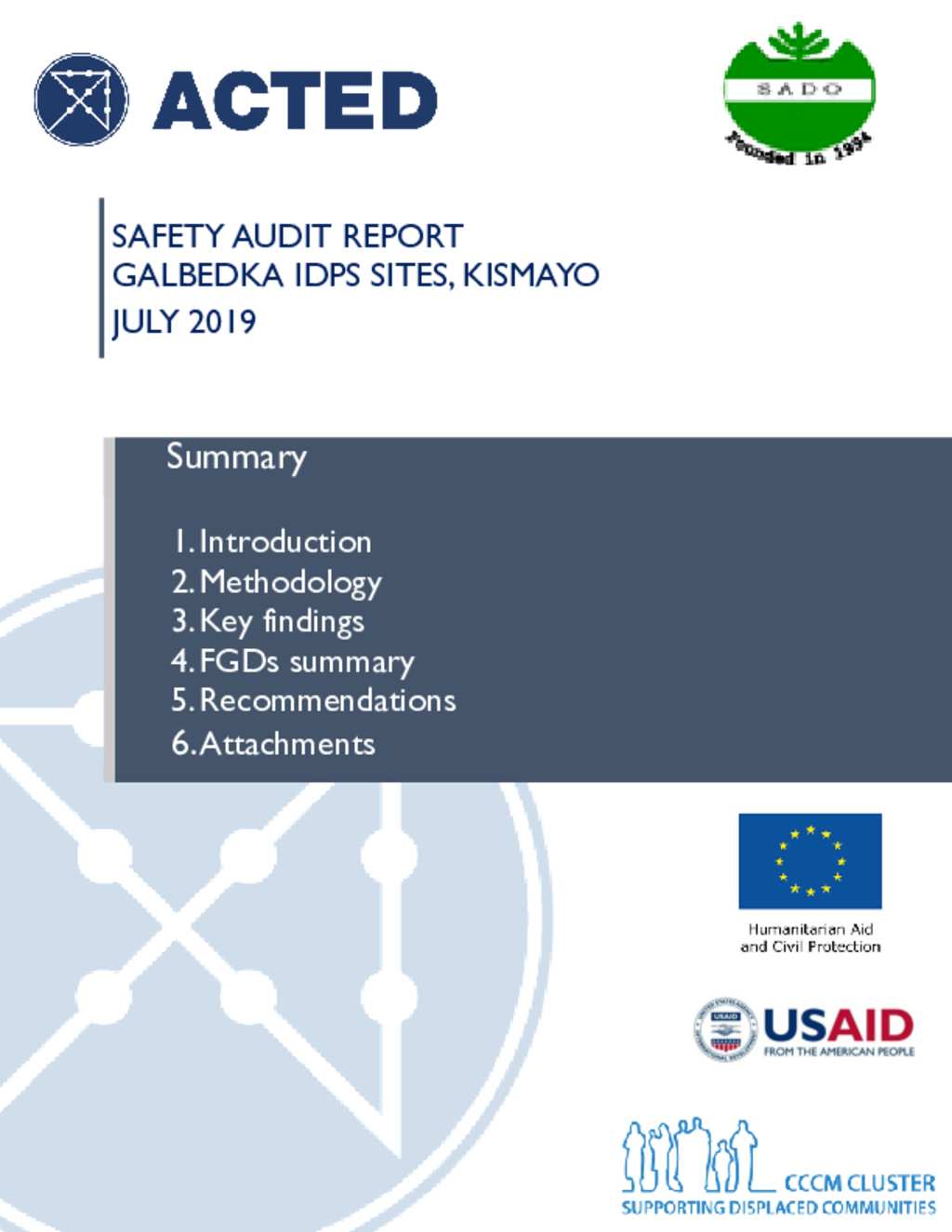 Between 13th to 19th June, ACTED and its partner SADO in coordination with JRIA, conducted a Safety Audit Assessment in 40 IDPs site in Galbedka, Kismayo town, as part of their Camp Management activities in the area. Kismayo town has four IDP section with a total of 133 IDP sites and a population of 70,000 individuals. The IDPs are mostly displaced from the middle and lower juba regions by military operations, seasonal flooding’s and droughts. Due to land unavailability and urban expansion, the IDPs self-settled in sub-standard sites on either government lands or privately owned land, without a formalized land tenure agreement. This precarious situations lead to frequent evictions and a very volatile context.