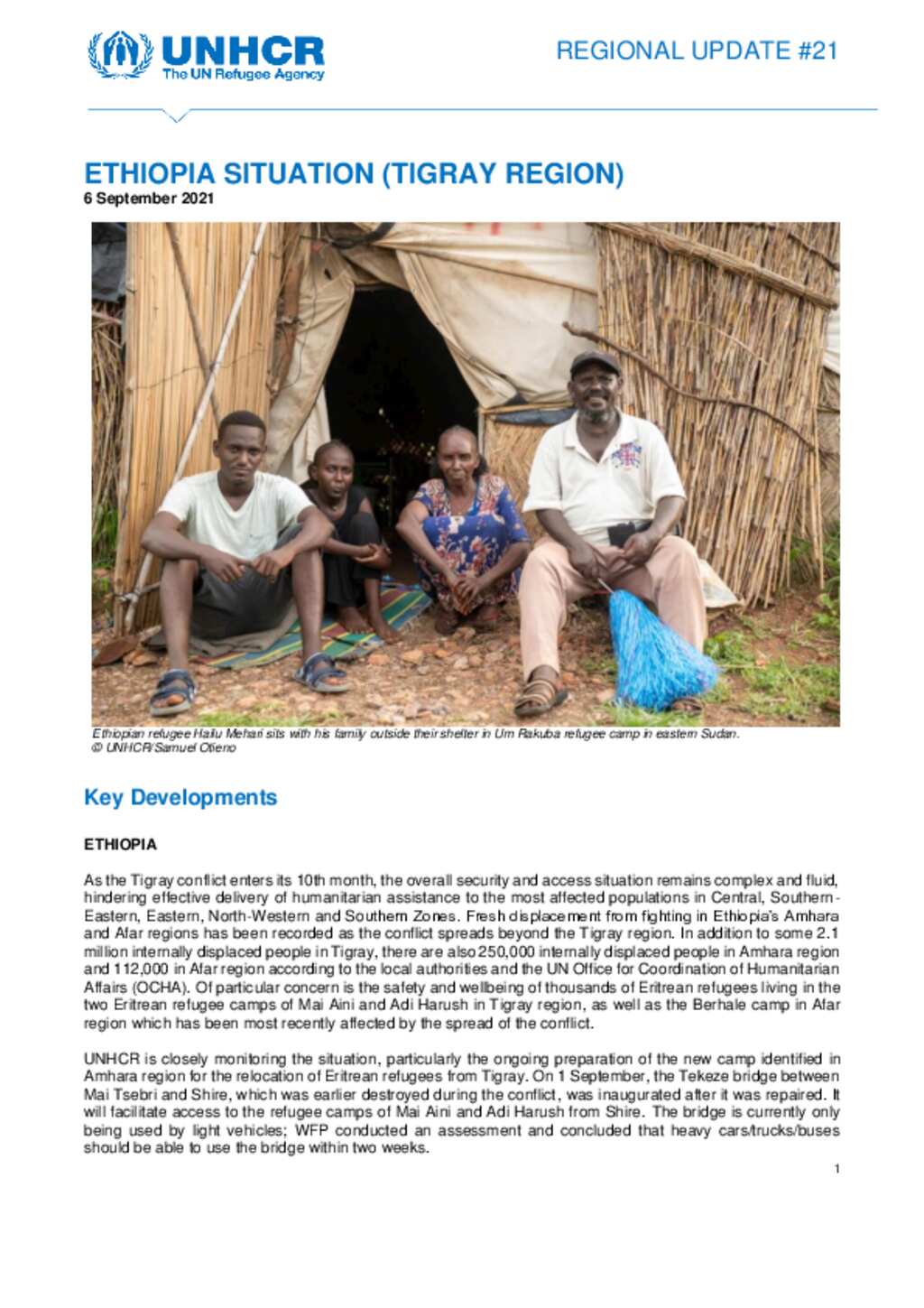 As the Tigray conflict enters its 10th month, the overall security and access situation remains complex and fluid, hindering effective delivery of humanitarian assistance to the most affected populations in Central, Southern-Eastern, Eastern, North-Western and Southern Zones. Fresh displacement from fighting in Ethiopia’s Amhara and Afar regions has been recorded as the conflict spreads beyond the Tigray region. In addition to some 2.1 million internally displaced people in Tigray, there are also 250,000 internally displaced people in Amhara region and 112,000 in Afar region according to the local authorities and the UN Office for Coordination of Humanitarian Affairs (OCHA). Of particular concern is the safety and wellbeing of thousands of Eritrean refugees living in the two Eritrean refugee camps of Mai Aini and Adi Harush in Tigray region, as well as the Berhale camp in Afar region which has been most recently affected by the spread of the conflict.