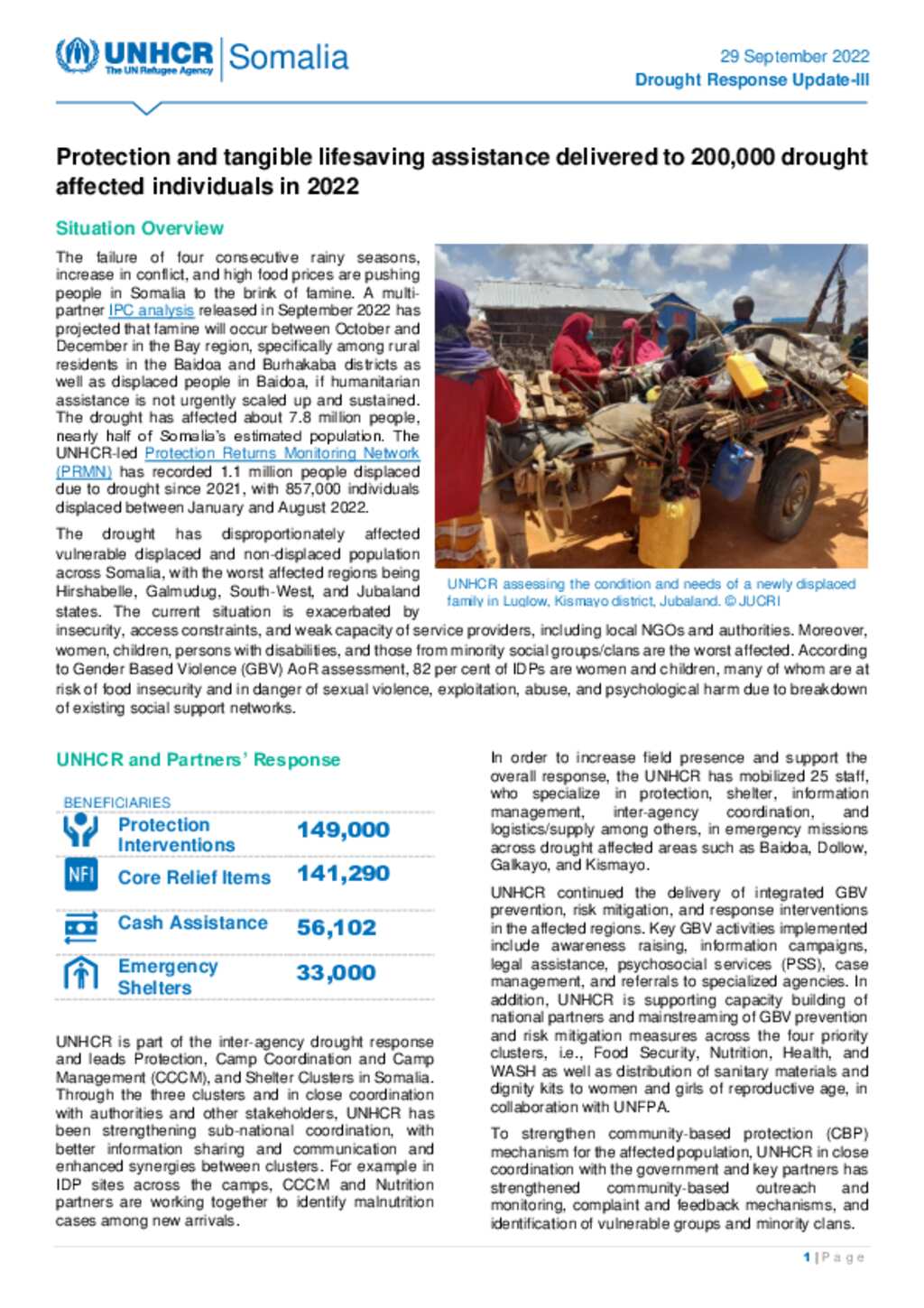 The failure of four consecutive rainy seasons, increase in conflict, and high food prices are pushing people in Somalia to the brink of famine. A multipartner IPC analysis released in September 2022 has projected that famine will occur between October and December in the Bay region, specifically among rural residents in the Baidoa and Burhakaba districts as well as displaced people in Baidoa, if humanitarian assistance is not urgently scaled up and sustained.