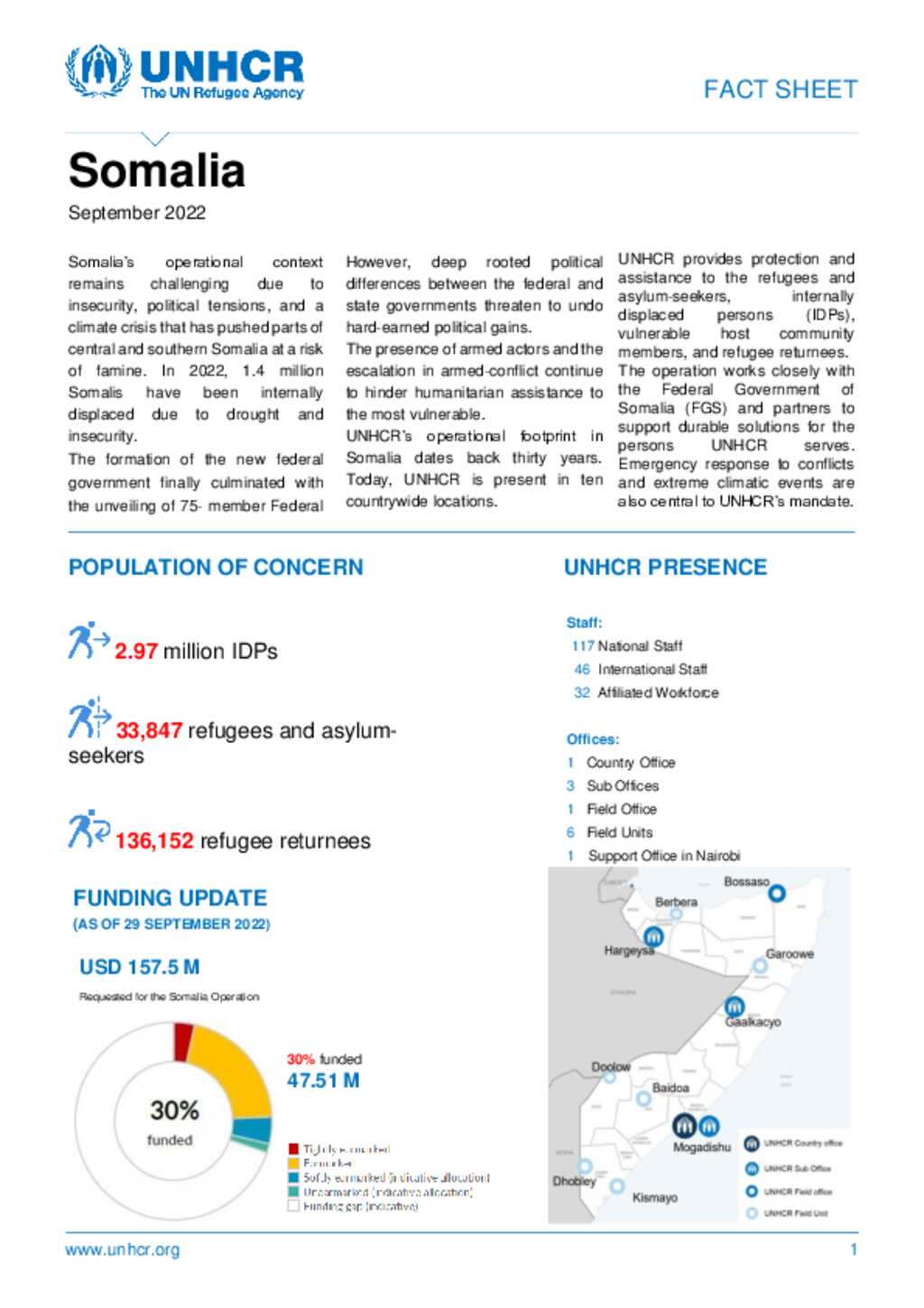 Somalia’s operational context remains challenging due to insecurity, political tensions, and a climate crisis that has pushed parts of central and southern Somalia at a risk of famine. In 2022, 1.4 million Somalis have been internally displaced due to drought and insecurity. The formation of the new federal government finally culminated with the unveiling of 75- member Federal Council of Ministers. However, deep rooted political differences between the federal and state governments threaten to undo hard-earned political gains. The presence of armed actors and the escalation in armed-conflict continue to hinder humanitarian assistance to the most vulnerable. UNHCR’s operational footprint in Somalia dates back thirty years. Today, UNHCR is present in ten countrywide locations. UNHCR provides protection and assistance to the refugees and asylum-seekers, internally displaced persons (IDPs), vulnerable host community members, and refugee returnees. The operation works closely with the Federal Government of Somalia