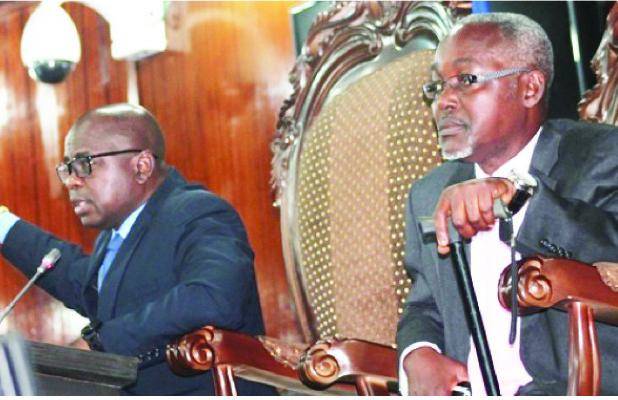 The House of Representatives is reviewing the option to allot funds for the production and release of national identification (ID) cards for all Liberians.

The House’s Committees on State Enterprise, Judiciary and Ways, Means, Finance and Development Planning have been tasked with seeking expert opinion and to advice Plenary in two weeks (Tuesday, March 7).

The Joint Committee on the Implementation of the National Identification Scheme was setup on Tuesday, February 21, during the House’s 13th Day Sitting.

The revision of the ID card scheme comes from a letter from Nimba County District #8 Representative Larry P. Younquoi, who requested Plenary of the House to initiate an appropriate national allocation in the Fiscal Year 2017/2018 budget for the implementation of the national identification scheme.

Rep. Younquoi’s request was contained in a letter to House Speaker J. Emmanuel Nuquay dated February 20, in which he suggested that the activation of the national identification card will ensure that “each eligible and benefitting citizen will be identified thus eliminating the question of whether or not someone is domiciled in a particular area at a particular point in time.”

“The need for this scheme cannot be overemphasized at this particular point in our national history if we must maintain the current state of calm in our national body politic. Let me be quick to add that the continued existence of such calm in the country, especially in the wake of national events such as the elections and census, should not be taken for granted.

“It is no gainsaying that the absence of an appropriate identification mechanism in place is a recipe for chaos, which has the tendency to plunge the society into a much larger scale of conflict if no step is taken. The current uncontrolled wave of movement of the population from one area to another to obtain voter registration cards is a clarion testimony to such potential chaos, which has everything it takes to undermine our democracy,” Rep. Younquoi wrote.

He added: “There are two ways in which the country stands to benefit from this scheme. Firstly, it will completely eradicate confusion over the identity and residency of a citizen during elections, census, and other forms of enumeration that requires adequate identity.

“Secondly, the country stands to gain from revenues that will be generated through the Notary Public for the issuance of an affidavit in case of a change in the residency, name or other characteristics of an individual, in case he or she so desires.”

The National Identification Registry (NIR) was established through an Act of the National Legislature in 2011 with the responsibility of, among other things, designing, establishing, maintaining and administering a National Biometric Identification System (NBIS) for all citizens and residents of Liberia.

The NIR is further mandated to design, establish and/or acquire the necessary technical infrastructures and procedures that will serve as a platform for the implementation of the NBIS.

In addition, the NIR has the legal responsibility to collect, organize, store, secure and grant access to secure biometric data from individuals applying for National Biometric Identification cards.