Statelessness: Nigeria to issue UN passport to persons at risk 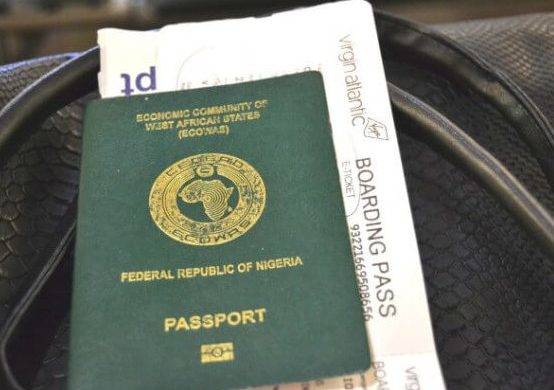 Statelessness: Nigeria to issue UN passport to persons at risk

Hon. Sani Zorro, Chairman, House of Representatives Committee on Internally Displaced Persons (IDPs) has disclosed Nigeria’s government plan to issue United Nations passport to people at risk of being stateless.
Zorro made this known during an interview with the News Agency of Nigeria (NAN), on Saturday, in Abuja, marking the second anniversary of Nigeria ratifying the Abidjan Declaration to end statelessness.
He said that the National Commission for Refugees, Migrants and IDPs (NCFRMI) and the National Immigration Department are engaged in a process called refugee status determination.
He explained that this process would help to ascertain stateless persons that are eligible for the UN passport, a document they can hold on to before their respective cases are resolved.
Zorro noted that it is important for Nigeria to speedily domesticate and implement the Abidjan Declaration on statelessness as it contains the strategies and recommendations of dealing with statelessness.
He pointed out that there is a looming stateless situation in Nigeria which could arise from the high level of displacement in the North-east, those who fled to Nigeria during crises, amongst others.
“As a result of the North East Crises, quite a number of refugees who find themselves in neighbouring countries of Chad, Niger and Cameroon may not be able to return to Nigeria again.
“The longer they live and reproduce in those countries, they would face the risk of statelessness because in future when the host countries ask of their nationality, they would not be able to show evidence.
“The other situation could be as a result of the over 800 Turkish nationals living and running different businesses in Nigeria whose nationalities were recently nullified by their country’s President.
“Another situation is of some Nigerians who fled from the Central Africa Republic (CAR) to Nigeria three years ago during the political crises and settled in Kano, Jigawa and other North-western states.
“These groups of persons are currently stateless because as a result of loss of documents. The younger ones who were born in CAR do not have any papers to prove themselves as Nigerians
The News Agency of Nigeria (NAN) reports that on Feb. 25, 2014, the UN High Commission for Refugees (UNHCR) and the Economic Community of West African States (ECOWAS) organised a Regional Ministerial Conference on ending statelessness.
At the end of the conference which held in Abidjan, Ivory Coast, participants who represented fifteen countries in the sub region ratified the document also known as the “Abidjan Declaration’’.
The declaration contains steps and recommendations to be adopted by member countries to ending statelessness in West Africa.
The conference was organised to show West Africa’s commitment to the UNHCR’s ten-year global campaign which was launched on Nov. 4, 2014, to eradicating statelessness by 2024.