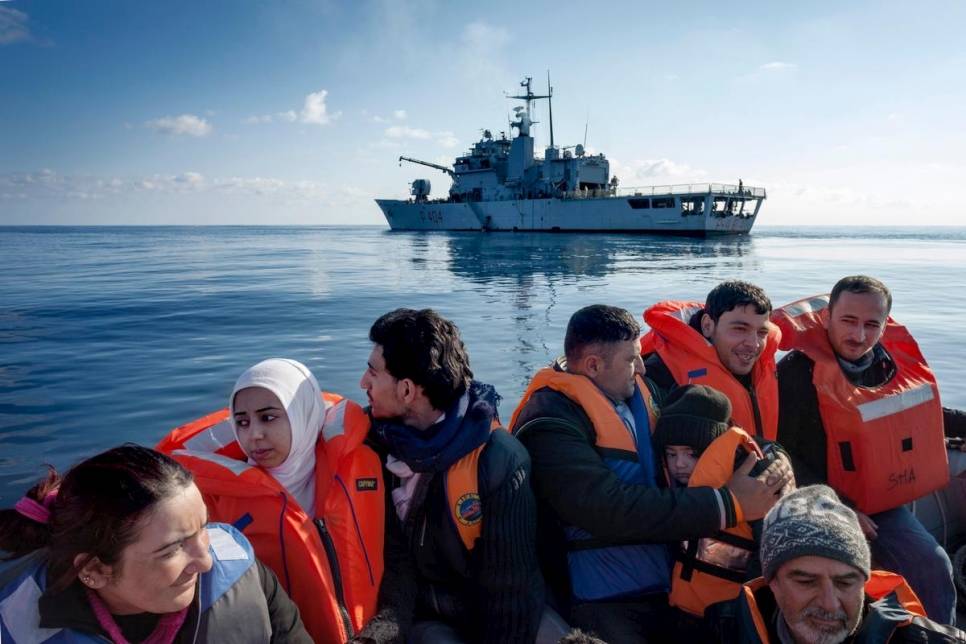 News comment by the United Nations High Commissioner for Refugees, Filippo Grandi, on Mediterranean crossings over the weekend

Since Friday, we‘ve seen over 6,000 people crossing the Mediterranean to reach Italy – bringing the total this year to over 43,000. These massive arrivals and the fact that more than 1,150 people have either disappeared or lost their lives while trying to reach Europe since the beginning of the year show that rescue at sea is as crucial as ever.
The Central Mediterranean route from North Africa to Italy, which is by far the one currently most frequently used by asylum seekers and migrants to cross into Europe, has proven to be particularly deadly. Since the beginning of 2017, one person out of 35 has died on the sea journey from Libya to Italy. And over the past four days alone, 75 people have lost their lives.
Saving lives must be the top priority for all and, in light of the recent increase in arrivals, I urge further efforts to rescue people along this dangerous route. This is a matter of life or death which appeals to our most basic sense of humanity and should not be called into question.
The tireless efforts of the Italian Coast Guard, in coordination with Frontex, the European Border and Coast Guard Agency, and of NGOs are truly remarkable. Together, they have saved tens of thousands of lives. In 2016, NGOs rescued more than 46,000 people in the central Mediterranean, representing over 26 per cent of all rescue operations. This trend continues, reaching 33 per cent since the beginning of the year.
I am profoundly shocked by the violence used by some smugglers, including the merciless killing of young man a few days ago which was reported to my teams by survivors.
The increasing numbers of passengers on board vessels used by traffickers, with an average of 100 to 150 people, are also alarming and the main cause of shipwrecks, and risks are increased by the worsening quality of vessels and the increasing use of rubber boats instead of wooden ones.
And, more and more often, we find out that there are no satellite phones on these vessels, making rescue efforts even more difficult, as migrants and asylum seekers are unable to call for help and more difficult to locate.
This cannot continue. There is an urgent need to address the root causes which lead people to move, as well as to offer credible alternatives to these dangerous crossings for people in need of international protection, including accessible and safe ways to reach Europe such as family reunification, relocation and resettlement.
Action is needed before people are caught and exposed to horrendous abuses at the hands of smugglers in Libya and other transit countries, and before they board unsafe boats to cross the Mediterranean. This also means redoubling efforts to solve conflicts, especially in Africa; and using development resources much more strategically - to reduce poverty, to mitigate the effects of climate change, and to support countries hosting large numbers of refugees, as well as transit countries. This requires coordinated policies and action by European and other donor countries.”
ENDS
In Rome, Carlotta Sami, sami@unhcr.org, +39 335 679 47 46
In Geneva, Cecile Pouilly, pouilly@unhcr.org, + 41 79 108 26 25