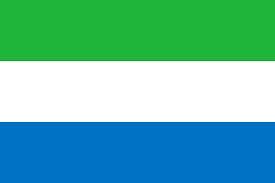 Deputy Minister of Internal Affairs, Retired Major Ismael Sengu Koroma over the weekend reassured the international community and the West Africa Countries that Sierra Leone was highly committed to fight against statelessness. The Deputy Minister made this declaration in Banjul, The Gambia at the Ministerial-Level Conference on the Validation and Adoption of the Regional Plan of Action to Eradication of Statelessness in West Africa.

According to the Deputy Minister, his government was taking the lead in the fight against statelessness.

“Since the endorsement of the Abidjan Declaration of Ministers of ECOWAS Members States on eradication of statelessness by His Excellency the President, Dr. Ernest Bai Koroma and his colleagues in the region, during the 47th Ordinary Session of ECOWAS Summit in Accra, Sierra Leone is fully committed to fight against statelessness” he told the jam-packed hall. He informed that statelessness is governance and social challenges to the achievement of the global Sustainable Development Goals. “This is because it fails to guarantee someone an identity to a state and the enjoyment of the benefits that go with nationality” he maintained.

He recalled various achievements, Sierra Leone has so far attained in the eradication of statelessness and its accession to both the 1954 and 1961 Conventions. The Deputy Minister reaffirmed that series of events have been organized in commemoration of the Abidjan Declaration. The various events according to the Deputy Minister were geared towards raising public awareness of statelessness in line with commitment 22 of the Abidjan Declaration.

The Deputy Minister also measured the progress which Sierra Leone made in the development of a national plan of action and reaffirmed the target of his country to reduce the number of stateless people to a minimum in the next few weeks.