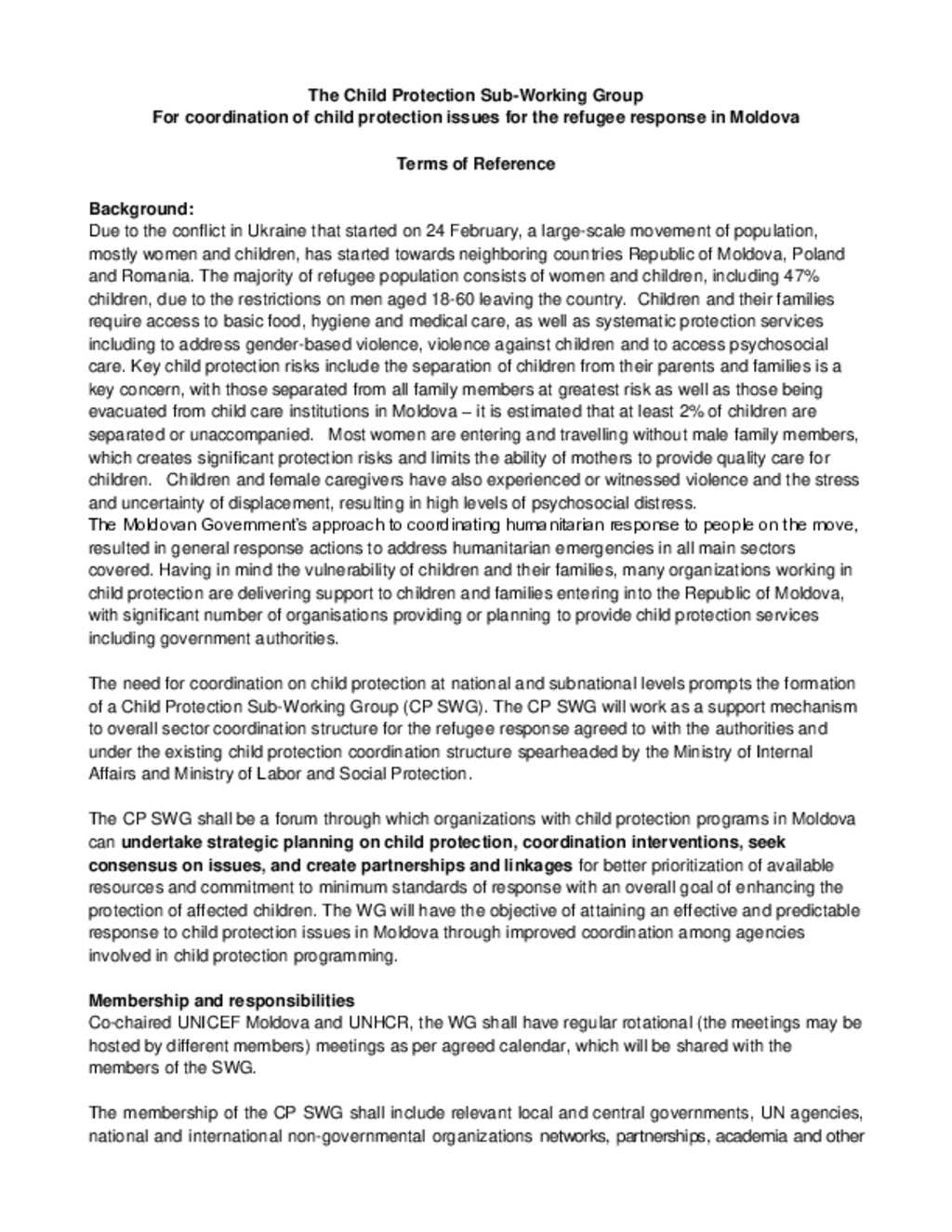 Due to the conflict in Ukraine that started on 24 February, a large-scale movement of population, mostly women and children, has started towards neighboring countries Republic of Moldova, Poland and Romania. The majority of refugee population consists of women and children, including 47% children, due to the restrictions on men aged 18-60 leaving the country. Children and their families require access to basic food, hygiene and medical care, as well as systematic protection services including to address gender-based violence, violence against children and to access psychosocial care. Key child protection risks include the separation of children from their parents and families is a key concern, with those separated from all family members at greatest risk as well as those being evacuated from child care institutions in Moldova – it is estimated that at least 2% of children are separated or unaccompanied.