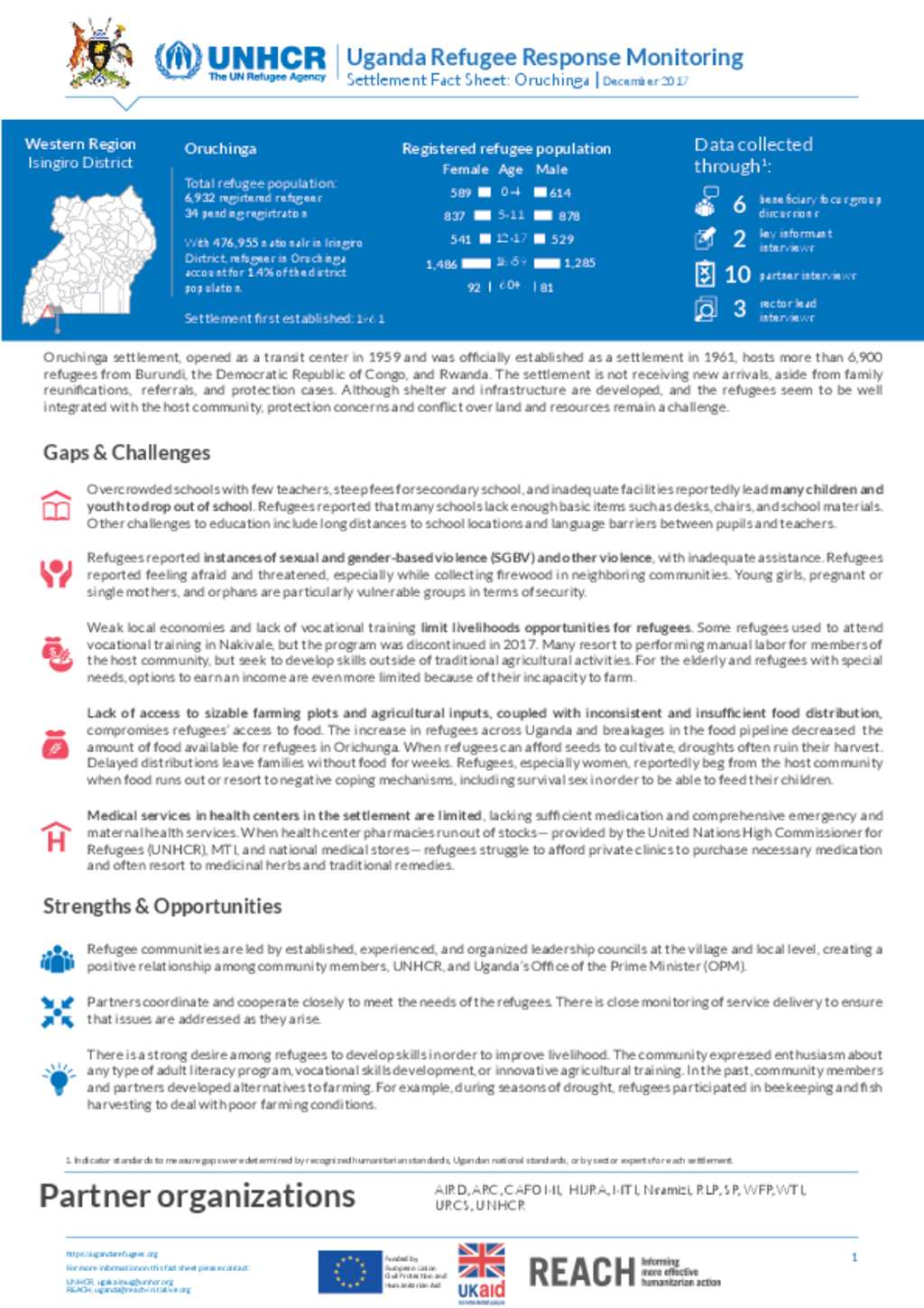 Oruchinga settlement, opened as a transit center in 1959 and was officially established as a settlement in 1961, hosts more than 6,900 refugees from Burundi, the Democratic Republic of Congo, and Rwanda. The settlement is not receiving new arrivals, aside from family reunifications, referrals, and protection cases. Although shelter and infrastructure are developed, and the refugees seem to be well integrated with the host community, protection concerns and conflict over land and resources remain a challenge.