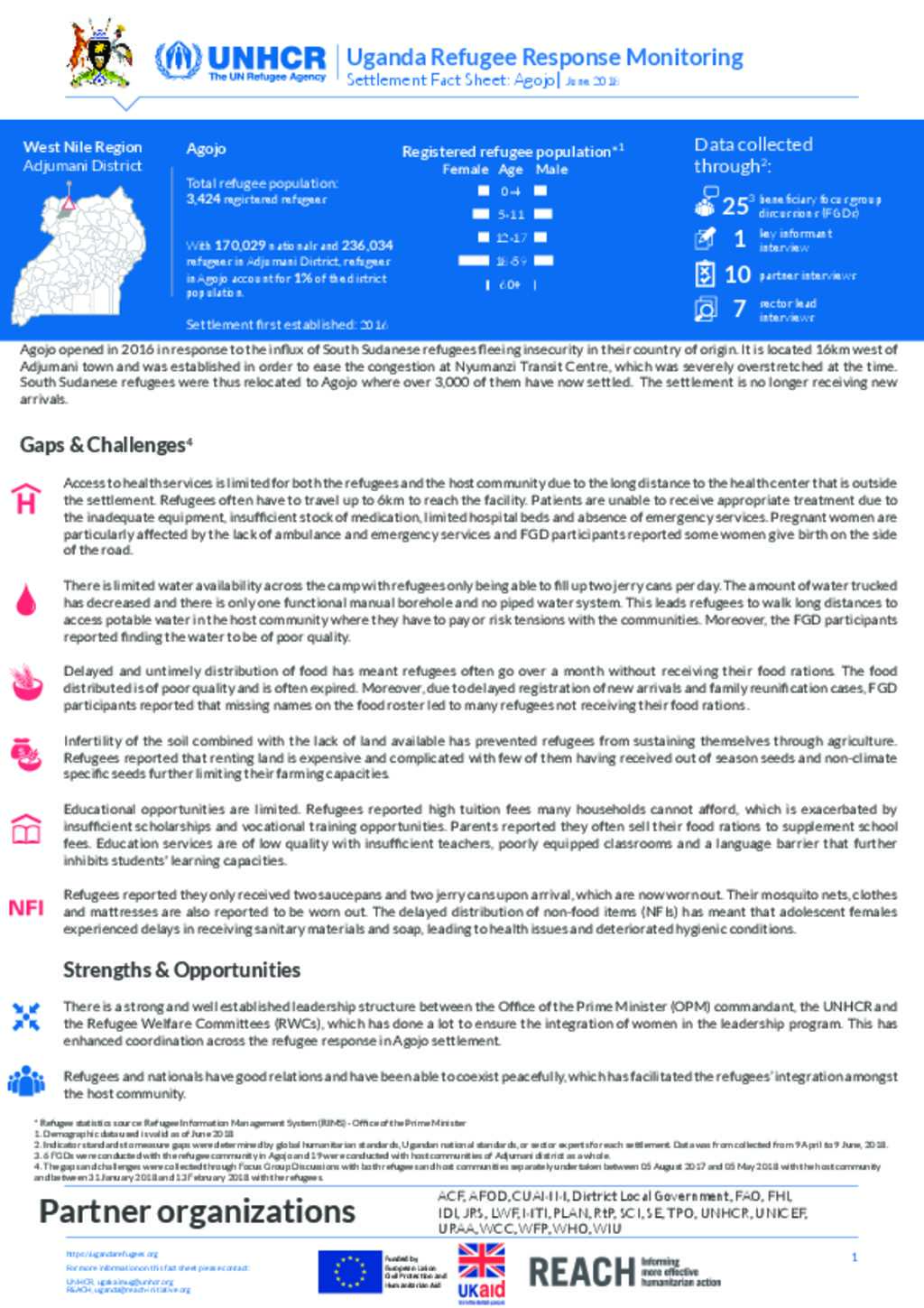 Agojo opened in 2016 in response to the influx of South Sudanese refugees fleeing insecurity in their country of origin. It is located 16km west of Adjumani town and was established in order to ease the congestion at Nyumanzi Transit Centre, which was severely overstretched at the time. South Sudanese refugees were thus relocated to Agojo where over 3,000 of them have now settled. The settlement is no longer receiving new arrivals.