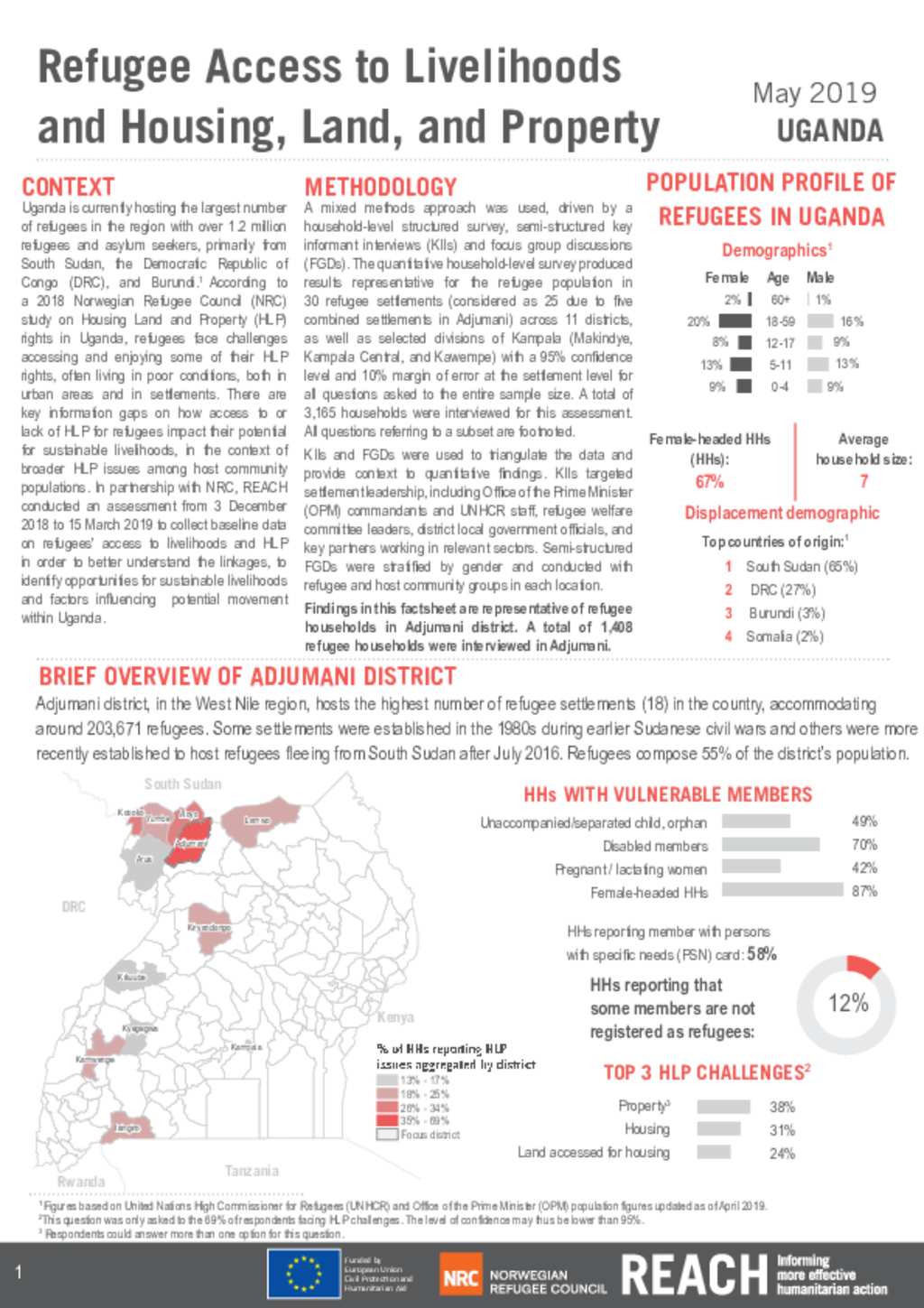 Adjumani district, in the West Nile region, hosts the highest number of refugee settlements (18) in the country, accommodating around 203,671 refugees. Some settlements were established in the 1980s during earlier Sudanese civil wars and others were more recently established to host refugees fleeing from South Sudan after July 2016. Refugees compose 55% of the district's population.