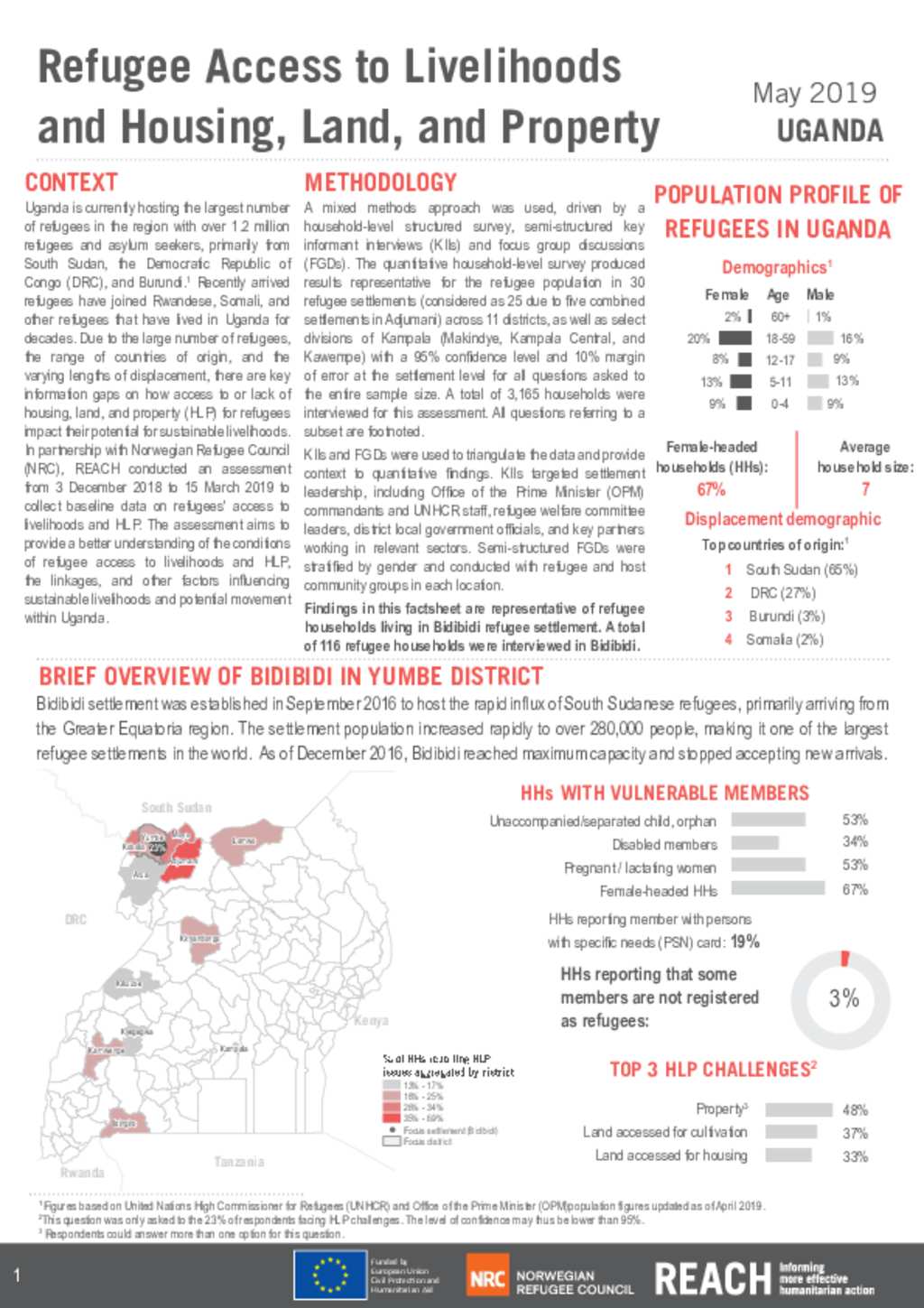 Bidibidi settlement was established in September 2016 to host the rapid influx of South Sudanese refugees, primarily arriving from the Greater Equatoria region. The settlement population increased rapidly to over 280,000 people, making it one of the largest refugee settlements in the world. As of December 2016, Bidibidi reached maximum capacity and stopped accepting new arrivals.