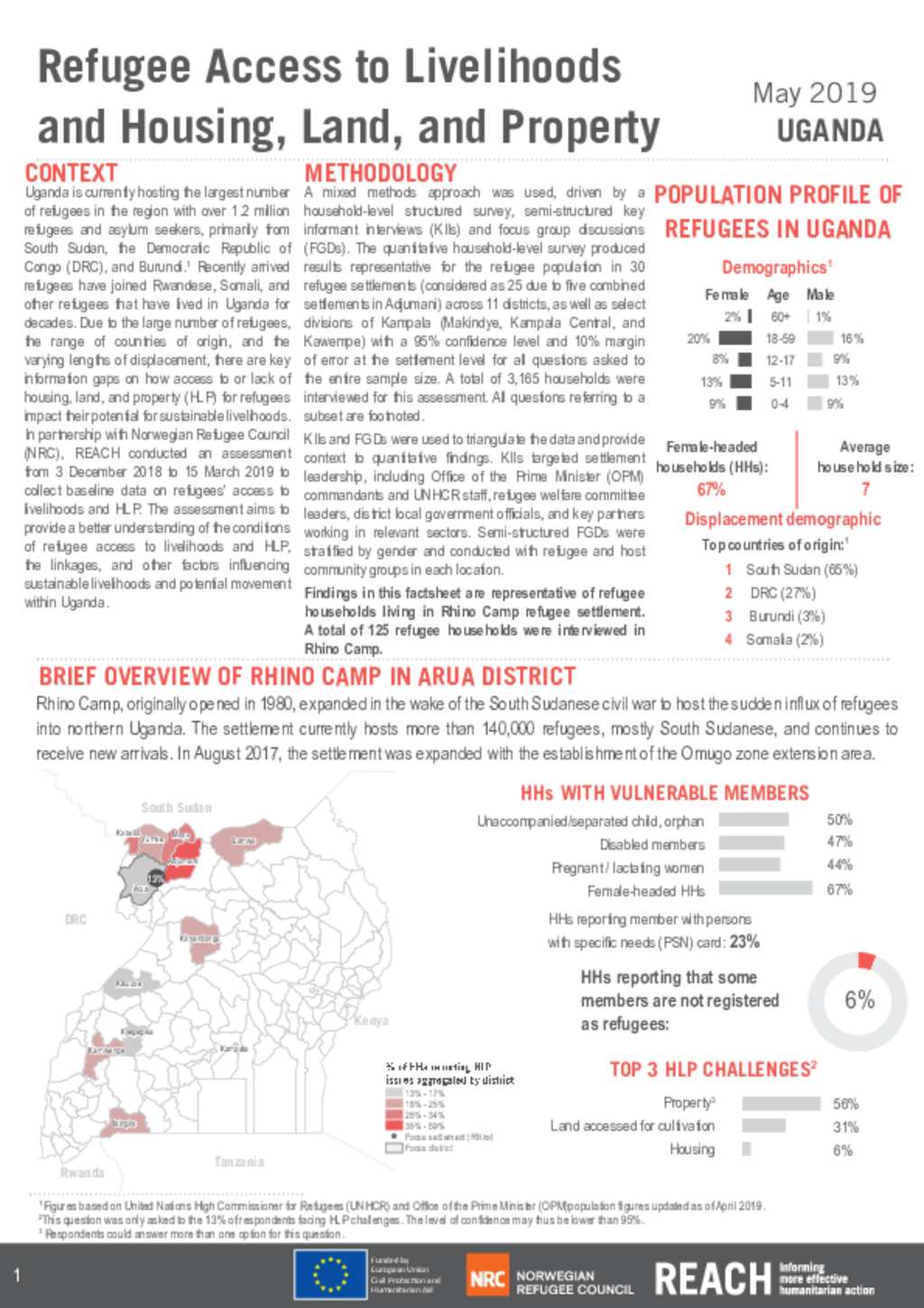 Rhino Camp, originally opened in 1980, expanded in the wake of the South Sudanese civil war to host the sudden influx of refugees into northern Uganda. The settlement currently hosts more than 140,000 refugees, mostly South Sudanese, and continues to receive new arrivals. In August 2017, the settlement was expanded with the establishment of the Omugo zone extension area.