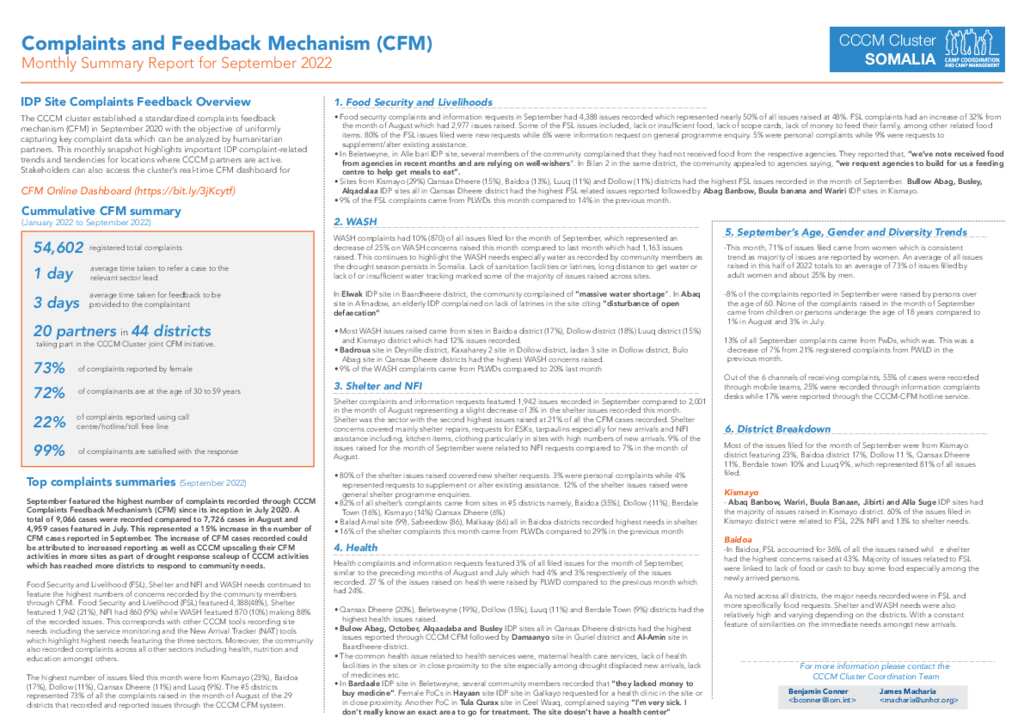 September featured the highest number of complaints recorded through CCCM Complaints Feedback Mechanism’s (CFM) since its inception in July 2020. A total of 9,066 cases were recorded compared to 7,726 cases in August and 4,959 cases featured in July. This represented a 15% increase in the number of CFM cases reported in September. The increase of CFM cases recorded could be attributed to increased reporting as well as CCCM upscaling their CFM activities in more sites as part of drought response scaleup of CCCM activities which has reached more districts to respond to community needs. Food Security and Livelihood (FSL), Shelter and NFI and WASH needs continued to feature the highest numbers of concerns recorded by the community members through CFM. Food Security and Livelihood (FSL) featured 4,388(48%), Shelter featured 1,942 (21%), NFI had 860 (9%) while WASH featured 870 (10%) making 88% of the recorded issues. This corresponds with other CCCM tools recording site needs including the service monitoring an