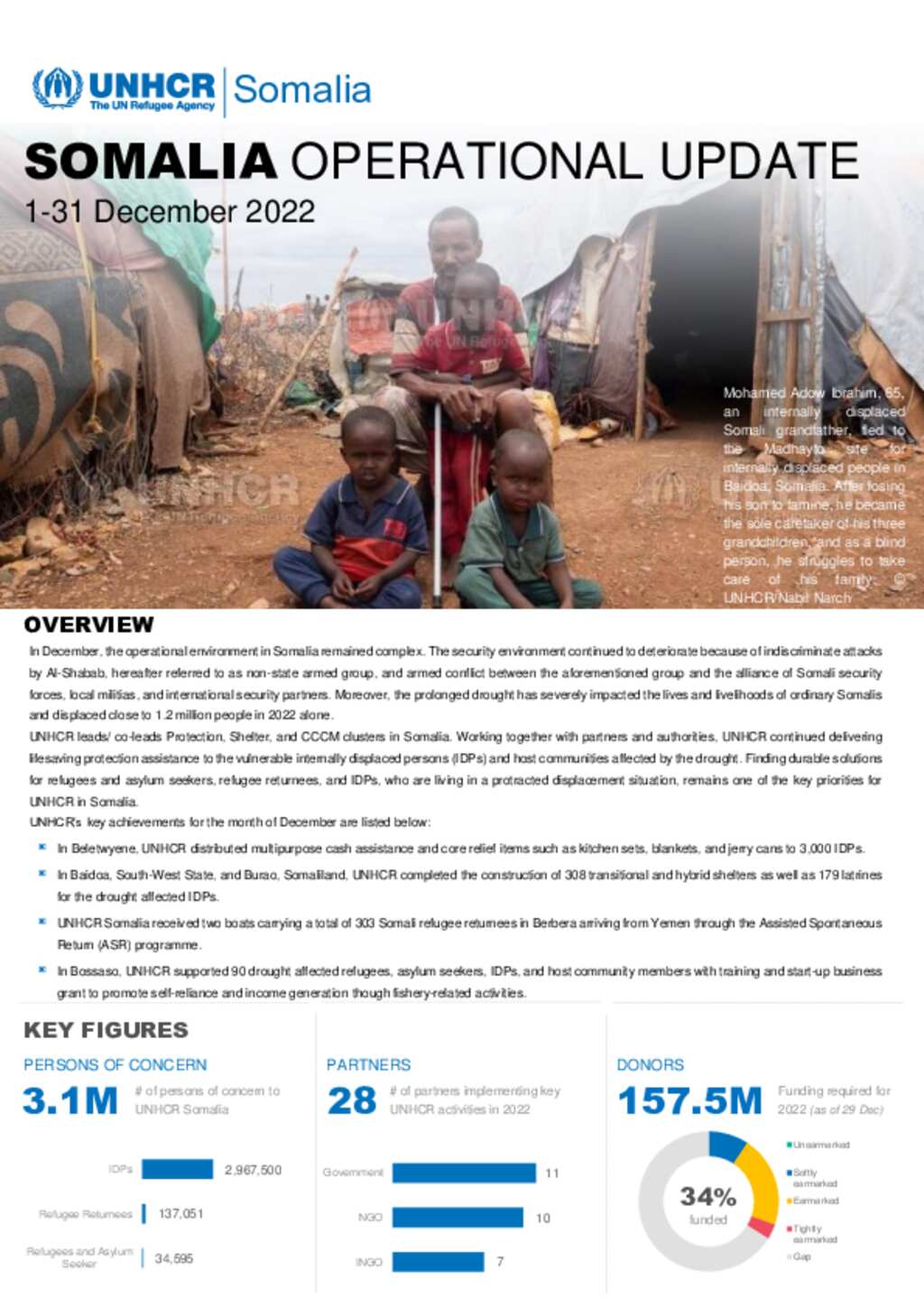 In December, the operational environment in Somalia remained complex. The security environment continued to deteriorate because of indiscriminate attacks by Al-Shabab, hereafter referred to as non-state armed group, and armed conflict between the aforementioned group and the alliance of Somali security forces, local militias, and international security partners. Moreover, the prolonged drought has severely impacted the lives and livelihoods of ordinary Somalis and displaced close to 1.2 million people in 2022 alone.