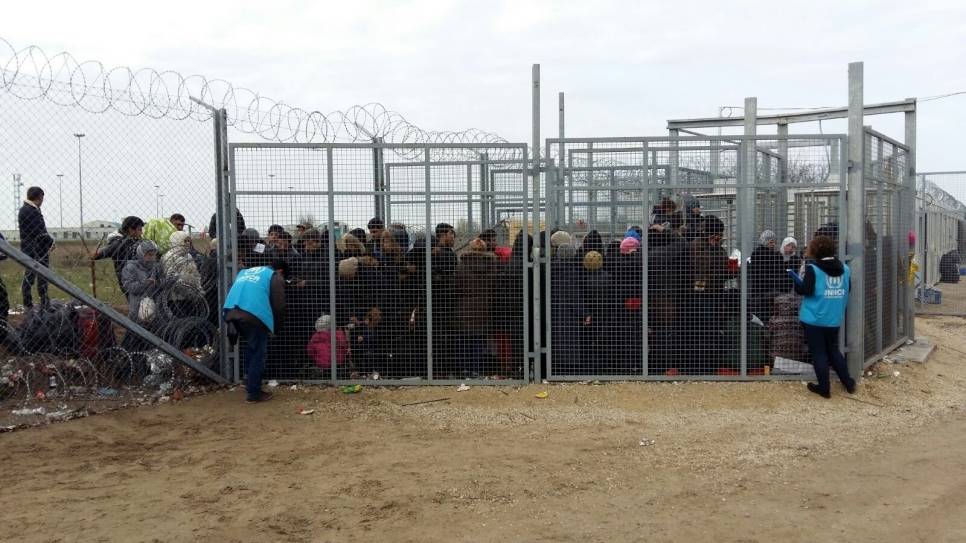 UNHCR, the UN Refugee Agency, today called for a temporary suspension of all transfers of asylum-seekers to Hungary from other European States under the Dublin Regulation. The Dublin regulation is an EU instrument that determines which European State is responsible for examining an asylum seeker’s application.
“The situation for asylum-seekers in Hungary, which was already of deep concern to UNHCR, has only gotten worse since the new law introducing mandatory detention for asylum-seekers came into effect,” said Filippo Grandi, United Nations High Commissioner for Refugees.
“Given the worsening situation of asylum-seekers in Hungary, I urge States to suspend any Dublin transfer of asylum-seekers to this country until the Hungarian authorities bring their practices and policies in line with European and international law,” he added.
The High Commissioner said that he was “encouraged” by the decision taken by the European Commission to work with the Hungarian authorities with a view to bringing the new legislation and Hungary’s practice in line with EU law, but noted that “urgent measures are needed to improve access to asylum in Hungary.”
UNHCR has repeatedly raised its concerns over the situation of refugees and asylum-seekers arriving to Hungary with the authorities and the EU, stressing that physical barriers and restrictive policies have resulted in effectively denying access to territory and asylum.
Hungary’s “emergency measures” under the amended law on asylum expand mandatory detention of asylum seekers and lead to the expulsion from the country of anyone who enters the country irregularly, in violation of the country’s obligations under international law.
Since it came into force on 28 March, new asylum-seekers, including children, are detained in shipping containers surrounded by high razor fences at the border for the entire length of their asylum procedures. As of 7 April, there were 110 people, including four unaccompanied children and children with their families, held there.
“While acknowledging the authorities’ recent efforts to address police violence, we remain very concerned about highly disturbing reports of serious incidents of ill-treatment and violence against people crossing the border into Hungary, including by State agents,” Grandi said. “These unacceptable practices must be brought to an end and I urge the Hungarian authorities to further investigate any allegation of abuse and violence,” he added.
Back in December, UNHCR presented a series of proposals to the EU and Member States to improve the distribution of asylum claims among Member States. The High Commissioner also called for the European Union to adopt a simplified asylum system that would identify, register and process arrivals swiftly and efficiently. “This is key to ensure access to protection for those who need it and to restore public trust,” he said.
“It is important that asylum systems as well as reception conditions are further improved in many EU and candidates States. This will help reduce irregular onward movements and the increasing reliance on smugglers. It will also help to reduce current pressure at the Hungary’s southern border. Investing in the integration of asylum seekers and refugees must also be an integral part of the equation,” said Grandi.