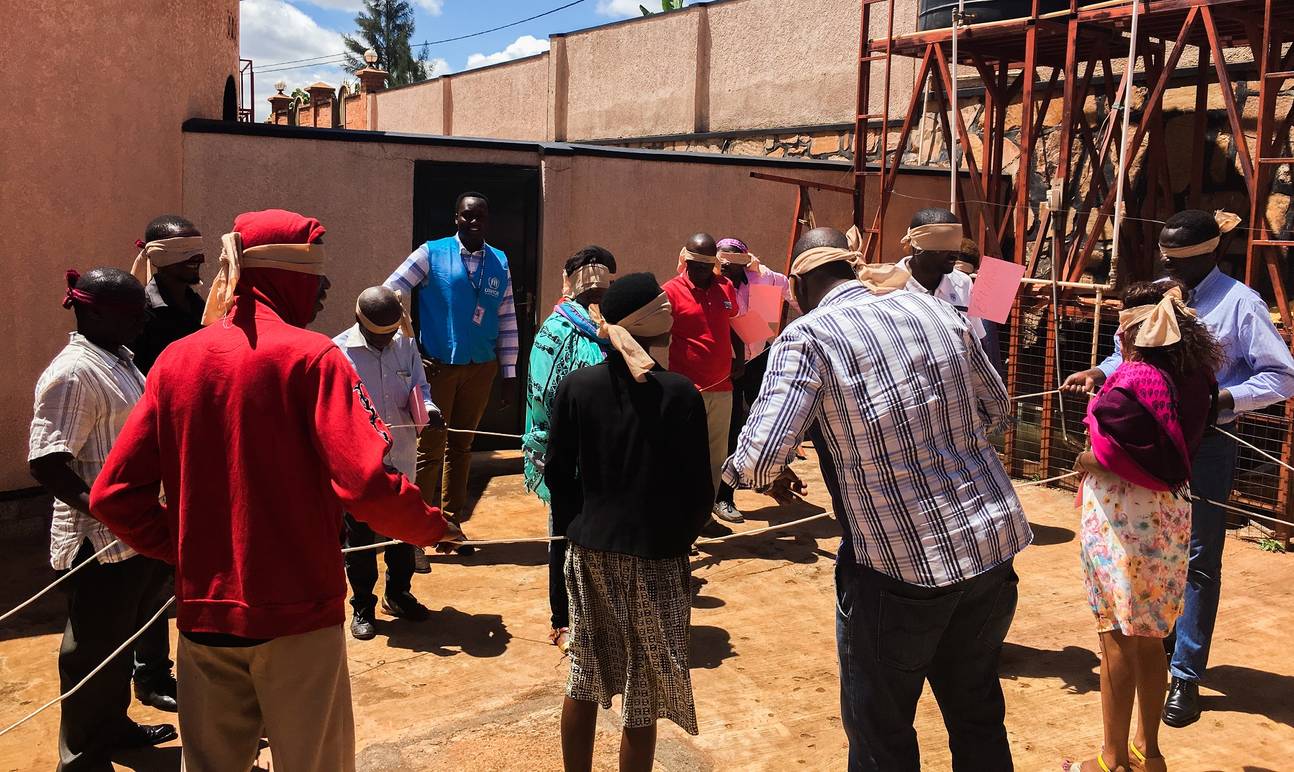 “I’ll be a corner!”
“Move forward and hold the line!”
“Innocent, form an angle and hold your position!”
– These and other unusual phrases were heard one sunny morning throughout the neighborhood of Kicukiro district in Kigali. Passersby could see a group of blindfolded people holding a white rope struggling to form different shapes. Laughter and applause followed each silly attempt. One could mistake the occasion as a sports team undergoing unusual training. However, there was no mistaking the well-recognized blue UNHCR jackets worn by those actively coaching the participants, giving an indication that the exercises were somehow related to refugees.
UNHCR had organized several sessions in Kigali with groups of urban refugees. The aim of these sessions were to promote social cohesion and allow UNHCR colleagues and refugees to get to know each other and to build trust. In the course of the debriefing, one of the participants said that “this game taught us to solve our problems together”. According to another one “It was a nice game, but required a lot of coordination and organizational skills”. The sessions contained 5 different exercises such as: knowledge of concerned population; spirit of volunteerism; leadership skills; inclusive mind and knowledge of local community, and livelihood awareness.
Some refugee participants stood out and were so active among their groups that UNHCR decided to include them into its community-based protection program. The selected refugees will assist UNHCR by reaching out within their respective communities to help identify and support persons in need.
From March 2017, UNHCR in Rwanda started actively implementing its community-based protection program (CBP) which aims at strengthening refugee communities’ capacities and at reinforcing the link between UNHCR, the Government of Rwanda through MIDIMAR, refugees and other stakeholders. The CBP program is a long-term program which targets urban refugees and camp-based refugees in Rwanda.