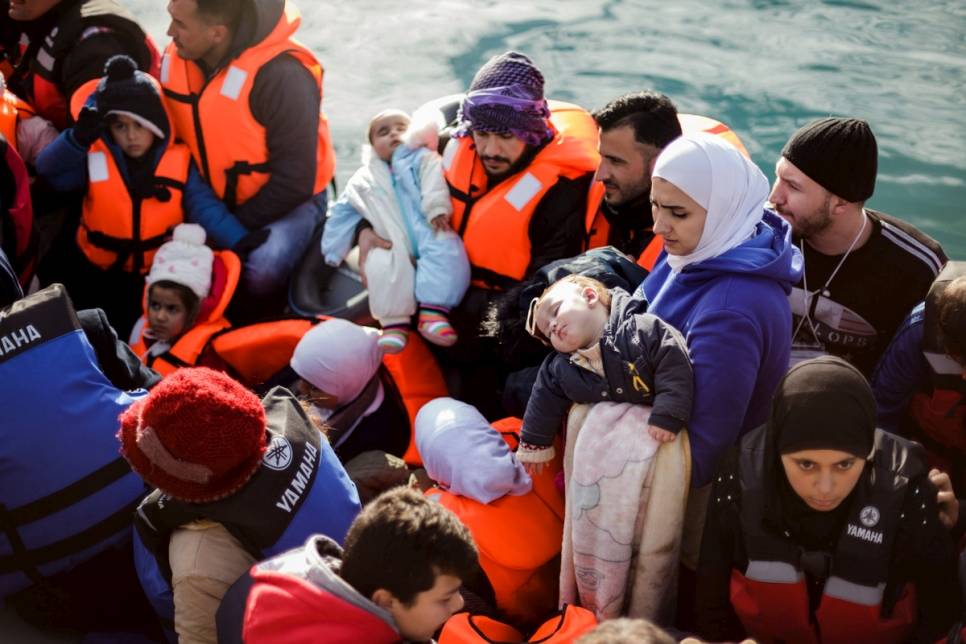 This is a summary of what was said by UNHCR spokesperson Cécile Pouilly – to whom quoted text may be attributed – at today's press briefing at the Palais des Nations in Geneva.
08 September 2017
UNHCR, the UN Refugee Agency, is concerned by the deteriorating situation on Greece’s eastern Aegean islands. The number of new arrivals, which accelerated in August, is putting pressure on overcrowded reception facilities and hampering efforts to improve conditions.
The situation is most worrying on Lesvos, Chios, Samos and Leros, which have received the largest number of arrivals, including many children. More than half come from conflict-hit Syria and Iraq. In August, there have been 3,695 sea arrivals compared to 2,249 in July.
While there has been progress to date, UNHCR is calling for robust action to improve conditions in reception facilities. We are also calling for the urgent deployment of additional national services staff, especially in the areas of health, psychosocial support and protection of unaccompanied children.
This is a challenging period, with the full management of the response to the refugee situation on the islands being transferred from NGOs and international organizations to the Greek authorities.
Arrivals on Lesvos, Samos and Leros have now outpaced the rate at which people are being authorized by the authorities to transfer to the mainland, further worsening already very challenging living conditions. Estimated departures for the mainland last month were 2,561 against 3,695 arrivals, based on data from the authorities.
Many of the people have been staying on the islands for months and the conditions have affected their physical and mental health. The threat of violence, self-harm and sexual assault is extremely worrying and more security is needed.
The situation is most critical in Samos. Despite the recent transfer of some 640 people to the mainland from the island, more than 1,900 people remain crammed into an area meant for 700 at the Reception and Identification Centre (RIC) in Vathy. Among them there are more than 600 children as well as pregnant women, serious medical cases and people with disabilities.
We are concerned at the growing risks to their health and welfare, due to water shortages and poor hygienic conditions and have been providing aid such as blankets, mats, sleeping bags, hygiene kits, baby care and female dignity kits.
On Chios, there were more than 500 arrivals in August. The Vial RIC has over 1,100 people, including over 100 people without proper accommodation. Most are staying in containers and some new arrivals are in 12 tents recently installed by UNHCR. Some 180 people also remain at the municipality-run Souda site, which has long been earmarked for closure.
On Lesvos, tension remains high at the Moria RIC, which has been twice rocked by riots in recent weeks in protest at the slow pace of registration and asylum processing for certain nationalities, as well as the crowded conditions. In August, there were 1,052 arrivals on Lesvos, and over 700 in the first week of September. Lesvos hosts some 5,000 people.
On Leros, more than 290 arrivals were recorded in August, and the number of people on the island stood on Friday at 649. This puts a strain on capacity in understaffed government-run sites (including Lepida RIC).
UNHCR welcomes the technical and material assistance provided by the Greek army during this transition period, when the Ministry for Migration Policy is leading the response. UNHCR is helping the Greek government to identify gaps in the transition period and continues providing targeted services in child protection, support to survivors of sexual and gender-based violence, relief items, transportation, and interpretation with a recent grant from the European Commission.