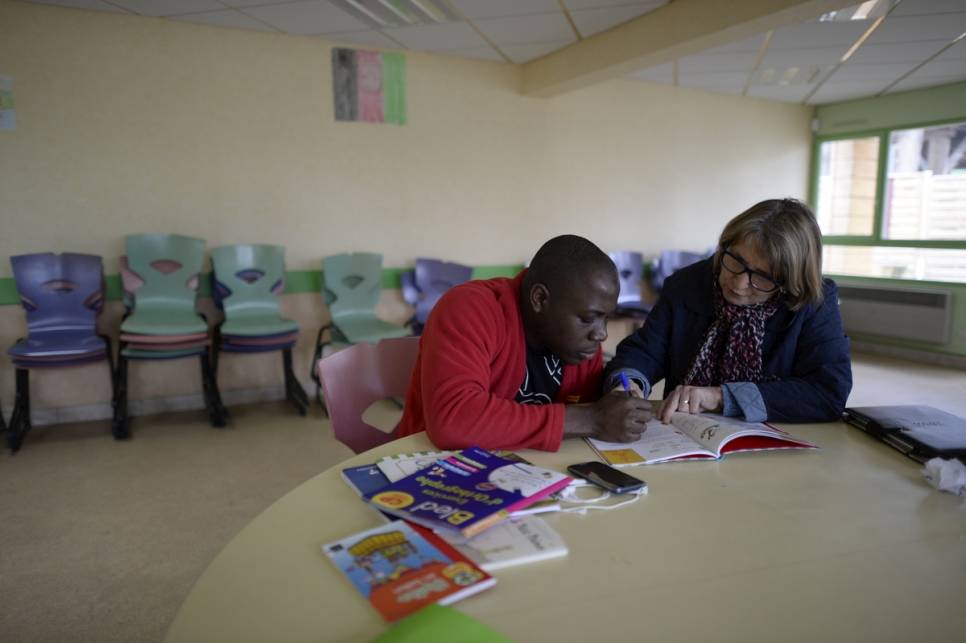 PARIS – UN High Commissioner for Refugees Filippo Grandi said on Monday that France has a leading role to play in resettling refugees and managing migration flows in Europe.
During a meeting with French President Emmanuel Macron, Grandi added that the UNHCR supports France in its efforts to “lead Europe towards a more supportive approach to manage refugees who are at Europe’s external borders.”
He welcomed the French government’s plan to guarantee the right of asylum and better deal with refugees’ arrivals.
In regard to France’s asylum reform, Grandi said he hoped that it would contribute towards fostering a protective, effective and credible asylum system faithful to French tradition.
He suggested that UNHCR assists the French government and quickly provides technical advice on the draft law.
The High Commissioner also congratulated President Macron for widening the scope of France’s resettlement programme by increasing the number of resettlement places and including refugees from Niger and Chad.
He called again for the creation of 40,000 additional resettlement places for refugees who are in asylum and transit countries along the Central Mediterranean route.
“Offering resettlement places for refugees along this route is also a display of solidarity with the countries that host so many of them,” the High Commissioner stressed.
In addition, UNHCR chief underlined the urgent need for solidarity among European states and for harmonizing asylum procedures.
“The country-based approach does not work. Only a common approach at the European Union level can make a real difference and make the management of refugees fairer and more effective,” he added.
“Increasing help where refugees are – in countries close to crisis zones – is important but this does not mean that Europe should not maintain its standards of excellence in terms of directly accessing its territory, welcoming and integrating refugees,” the UNHCR chief added.
He said the need to set up strong compacts for refugees and migrants was more urgent than ever, adding that the international community was faced with record numbers of people displaced by conflict and persecution and the increasing complexity of international migration.
In this regard, Grandi stressed the importance of UNHCR’s presence in countries bordering crisis zones in order to offer support and assistance to countries hosting refugees and to provide local and global solutions to those in need of international protection.
“We need to strengthen our operations in Libya and in asylum and transit countries, such as Niger, to help refugees travelling to Libya and to Europe, but also to help states deal with these situations,” he explained.
Grandi also referred to the Rohingya refugees, one of the fastest growing humanitarian crises of our time. He pointed to the need to boost aid to an estimated 500,000 refugees who have fled Myanmar to Bangladesh since August 25, 2017.
“We are deeply worried about the sudden arrival of half a million refugees, who are also stateless, in Bangladesh, a country with very limited resources,” said Grandi, who visited the country at the end of September 2017 to get a sense of the situation on the ground.
“It is critical to keep pressuring the Myanmar government to stop violence in the region immediately,” he said, stressing that it was key to grant citizenship to Rohingya stateless people. He added that UNHCR provided assistance to the Rohingyas on the ground.