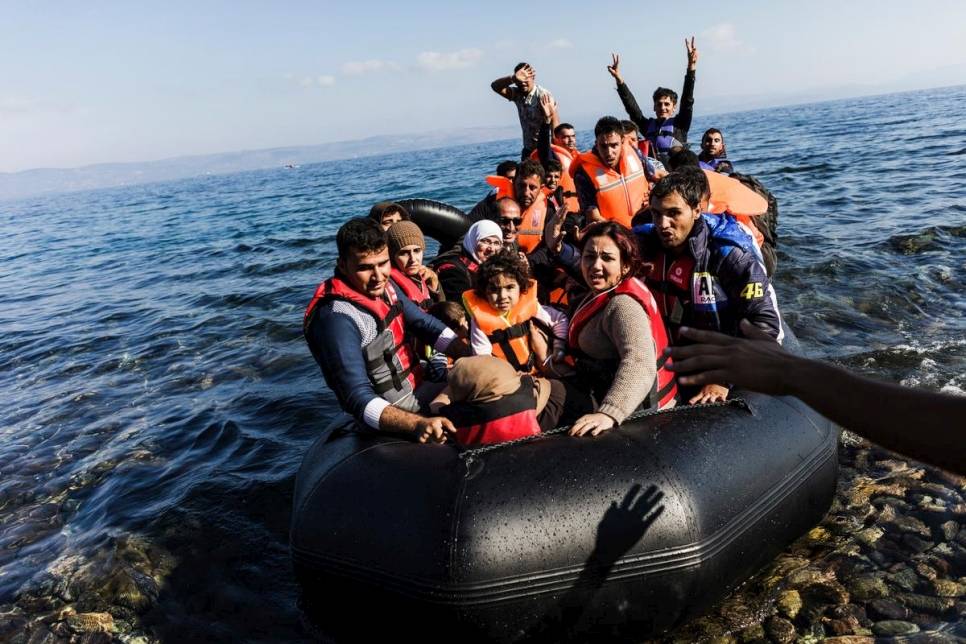 A new report released today by UNHCR, the UN Refugee Agency, shows changes in the routes used by refugees and migrants to reach Europe during the third quarter of 2017.
“Over the past months, the sea route to Greece has gained more traction, sea arrivals to Italy have reduced and we have seen migrants and refugees using increasingly diversified journeys to reach Europe,” said Pascale Moreau, Director of UNHCR’s Europe Bureau.
The number of crossings from Libya to Italy has dropped, with some 21,700 people arriving by sea to Italy between July and September, the lowest number for this period of the past four years.
According to the report, during the third quarter of the year, an increased proportion of those arriving in Italy had departed from Tunisia, Turkey and Algeria and the top three nationalities arriving in Europe via the Mediterranean routes were of Syrian, Moroccan and Nigerian nationality.
Greece has witnessed a rise in sea and land arrivals since the summer. In September, some 4,800 people reached its shores, the highest number in one month since March 2016. Some 80 per cent of sea arrivals to Greece were Syrian, Iraqi and Afghan nationals, out of which two thirds were women and children.
In parallel, Spain saw a 90 per cent increase of land and sea arrivals during the third quarter of 2017 compared to the same period last year. Most of these 7,700 arrivals were from Morocco, Cote d’Ivoire and Guinea, but land arrivals were mostly the fact of Syrian nationals.
The report also details crossings from Turkey to Romania via the Black Sea over the summer – the first ones since February 2015 – as well as a large increase in arrivals to Cyprus since the start of the year.
“Despite the reduction of crossings via the Central Mediterranean route, thousands continue to attempt desperate and dangerous journeys to Europe,” said Moreau. She noted with deep concern that as of 20 November close to 3,000 people are estimated to have died or gone missing at sea and another 57 known to have died along land routes in Europe or at Europe’s borders in 2017. The actual numbers are likely to be higher, she added.
The report also underlines the difficult situation of many women and girl victims of trafficking and of the more than 15,200 unaccompanied and separated children who have arrived in Europe so far this year.
It also shows that onward movements have continued over the past months as well as reports of push-backs from several countries. These practices should be investigated and eliminated, says the report.
“UNHCR continues to call for greater access to safe and legal pathways, such as resettlement and family reunification, to Europe. It is also key to ensure that people can have access to asylum in European countries,” noted Moreau. “We are very thankful for the contributions made by States so far, however much more is needed to respond to UNHCR’s call for 40,000 additional resettlement places requested last September for refugees located in 15 priority countries along the Central Mediterranean route,” she added.