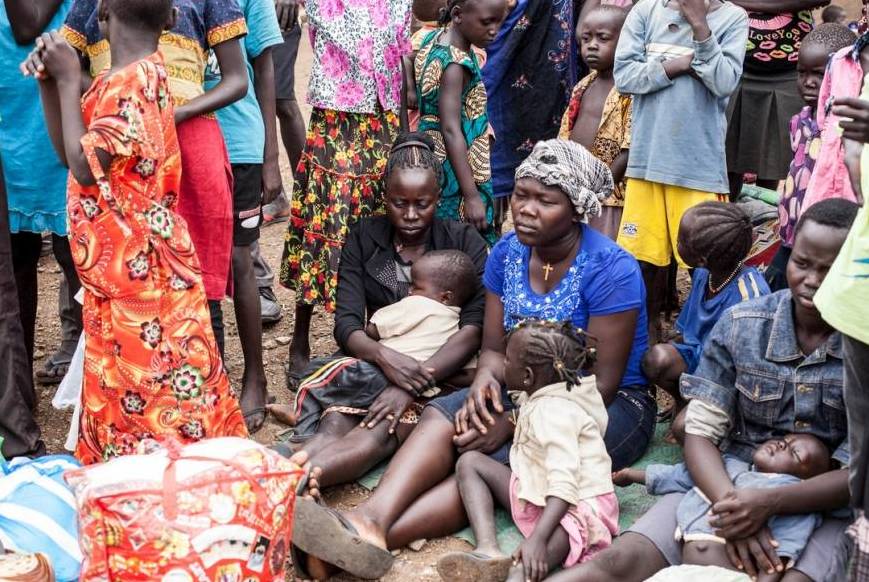 Marking four years since the outbreak of South Sudan’s civil war, UN High Commissioner for Refugees Filippo Grandi today appealed for urgent action by all sides to settle the conflict and put an end to the country’s deepening humanitarian crisis and Africa’s largest refugee crisis.

“The world cannot continue to stand by as the people of South Sudan are terrorized by a senseless war,” the head of the UN Refugee Agency, UNHCR, said. Grandi declared that the devastating effects of the fighting were a direct consequence of tragic failures in political leadership.

Noting that 63 per cent of all South Sudanese refugees are under 18, Grandi labelled the situation “a children’s refugee crisis” and stressed that: “many children are arriving unaccompanied, separated and deeply traumatised.”

Refugee women arriving in neighbouring countries have also reported repeated rape, the killing of their husbands, and abduction of their children.

The six countries neighbouring South Sudan host two million refugees, while nearly seven million citizens inside the country are in need of essential humanitarian assistance. Two million of these are internally displaced.

“Pressure must be brought to bear on those driving this deadly conflict, which has uprooted a third of South Sudan’s people in just four years, and killed and maimed countless more. Urgent, concerted action by regional and international actors is needed before it is too late,” Grandi stressed.

He added that failure to protect South Sudanese refugees and other civilians would make the crisis even more complex and destabilize the region for decades to come - a possibility the world can ill afford.

The High Commissioner called on the parties to the conflict to find a political solution. “The success of the High Level Revitalization Forum is key to ending the suffering of South Sudanese refugees and the killing of innocent civilians,” he said.

Brokered by the Intergovernmental Authority on Development, this peace initiative in South Sudan is intended to revive a stalled 2015 peace agreement for the country.

The South Sudan conflict has created the largest refugee crisis on the African continent. UNHCR estimates the refugee population could exceed three million by December 2018.

Refugees are hosted by South Sudan’s immediate neighbours — Ethiopia, Sudan, Uganda and Kenya, as well as the Democratic Republic of Congo and the Central African Republic, which are struggling with instability and large-scale displacement of their own nationals.

All six have continued to keep an open door, as growing numbers of refugees flood in against the backdrop of dwindling financial resources. The inter-agency regional response plan for South Sudanese refugees is just 33 per cent funded, and the majority of refugees are at grave risk of disease and malnutrition, unable to attend school or receive adequate medical care, and often without shelter.

“The situation is no longer sustainable - for the governments of asylum countries, humanitarian agencies and, most importantly, the South Sudanese people,” he said. “The cycle of violence must be brought to an end.”