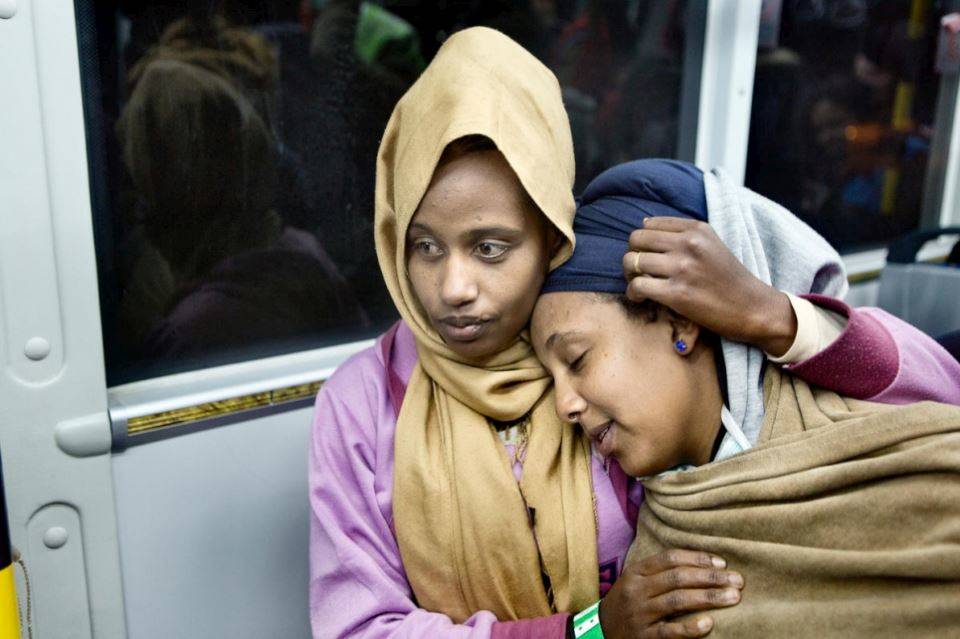 Despite a drop in the number of refugees and migrants reaching Europe last year, the dangers many face along the way have in some cases increased, according to a new report by UNHCR, the UN Refugee Agency, setting out changing patterns of movement.

The Desperate Journeys report found that sea arrivals to Italy, mostly from Libya, have drastically reduced since July 2017. This decrease has continued in the first three months of 2018, with a 74 per cent drop compared to last year.

Additionally, in the past months a deeply worrying deterioration in the health of new arrivals from Libya, with more people arriving extremely weak, thin and in general poor health condition, has been observed.

While the overall number of Mediterranean crossings remained far below the levels of 2016, the UNHCR report also finds a rise in arrivals to Spain and Greece in the latter part of 2017.

In 2017, Spain witnessed a 101 per cent increase last year compared to 2016, with 28,000 new arrivals. The first months of 2018 show a similar trend, with arrivals increasing by 13 per cent compared to last year. Moroccans and Algerians have become the top two nationalities, although Syrians remain the largest group to cross Spain’s land borders.

In Greece, the total number of sea arrivals decreased compared to 2016, however, a 33 per cent rise was observed between May and December last year with 24,600 arrivals compared to 18,300 in the same period in 2016. Most originated from Syria, Iraq and Afghanistan, including a high number of families with children. Asylum-seekers arriving by sea to Greece faced extended stays in overcrowded and dire conditions on Greek islands.

Due to heightened restrictions in Hungary, many refugees and migrants resort to alternative routes to move across Europe, says the report. For example, some cross from Serbia to Romania while others move from Greece via Albania, Montenegro and Bosnia-Herzegovina to Croatia.

“Journeys to and through Europe for refugees and migrants remain fraught with danger,” said Pascale Moreau, Director of UNHCR’s Europe Bureau. Over 3,100 people are believed to have lost their lives at sea last year while traveling to Europe compared to 5,100 in 2016. Another 501 people have died or gone missing since the beginning of 2018.

In addition to deaths at sea, at least 75 others perished along land routes at Europe’s external borders or while traveling in Europe in 2017, with continuous and deeply worrying reports of push-backs.

“Access to territory and to swift, fair and efficient asylum procedures for people seeking international protection is vital. Managing borders and offering protection to refugees in line with States’ international obligations are not mutually exclusive nor incompatible”, said Moreau.

The UNHCR report also stressed the abuses and extortion endured by refugees and migrants at the hands of traffickers, smugglers or armed groups along various routes to Europe.

Women, especially those travelling on their own, and unaccompanied children remain particularly exposed to risks of sexual and gender-based violence along routes to Europe and in some locations within Europe

In 2017, over 17,000 unaccompanied children reached Europe. Most of these children arrived by sea to Italy, where 13 per cent of all arrivals were children traveling on their own, a similar trend to 2016.

The UNHCR report shows however some welcome progress in the number of people resettled to Europe last year, with a 54 per cent increase from 2016. Most of these 26,400 refugees were Syrians (84 per cent) and were resettled from Turkey, Lebanon and Jordan. Among European countries, the United Kingdom, Sweden and Germany received the largest number.

In another positive development, at the end of last year UNHCR started facilitating the evacuation of vulnerable refugees from Libya to Niger, and from Libya to Italy.

“The evacuations out of Libya and the increased resettlement opportunities that we saw last year are very good news. Still significant obstacles remain that limit access to safe and legal pathways, including family reunification, for people in need of international protection, and we call for more solidarity”, said Pascale Moreau.

The report also provides additional recommendations related to the need to increase solidarity among States within Europe and with countries of first asylum and transit, to enhance the quality of reception, especially for unaccompanied and separated children and survivors of sexual and gender-based violence, and to better protect children.