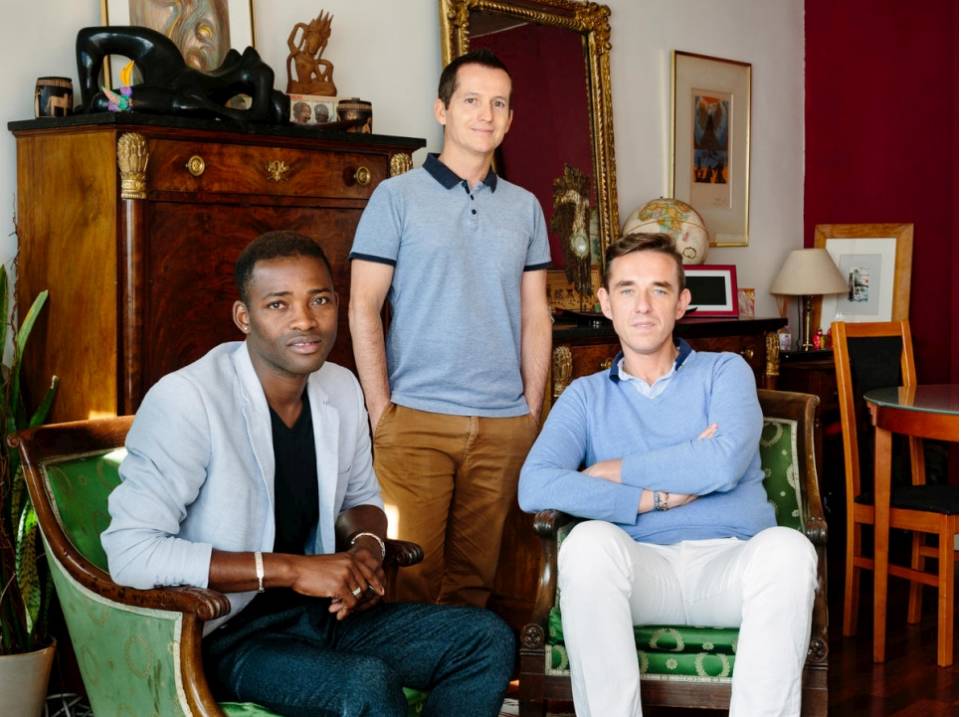 PARIS, France – After fleeing persecution for being gay in his native Mali, Louis found the moral support and understanding he long sought with Armand and Christophe, a couple who kindly agreed to host him in their Parisian flat.

Armand and Christophe are among many ordinary citizens across Europe who have opened hearts and homes to refugees, in contrast to some governments and politicians who have called for tighter borders.

No Stranger Place is a photo series developed and photographed by photographer Aubrey Wade in partnership with UNHCR, the UN Refugee Agency, to highlight these acts of compassion. After London, Berlin, Vienna and Stockholm, the exhibition is now on display at Ground Control in Paris.
From June 13 to July 29, visitors will discover 15 large-scale portraits of families composed of refugees and their hosts - all from widely differing walks of life and cultures.

From a young Sudanese Muslim who has found shelter in the home of a Christian couple near the city of Tours in the west of France, to an Afghan couple embraced by a French toddler near Lyon in the south-east, these stories illustrate the humanity of Frenchmen and women who have helped bridge divides and break down language and cultural barriers.
“It is by coming together in solidarity that we can better support refugees integrate and feel welcome. It is also a unique opportunity for us to understand their experiences and journeys, and to discover and learn from their talents”, explained Celine Schmitt, UNHCR spokesperson in France.

On June 20, as part of World Refugee Day celebrations, the exhibition will be complemented by animations and activities held at Ground Control, where visitors will also be able to visit a refugee camp in Jordan in virtual reality.