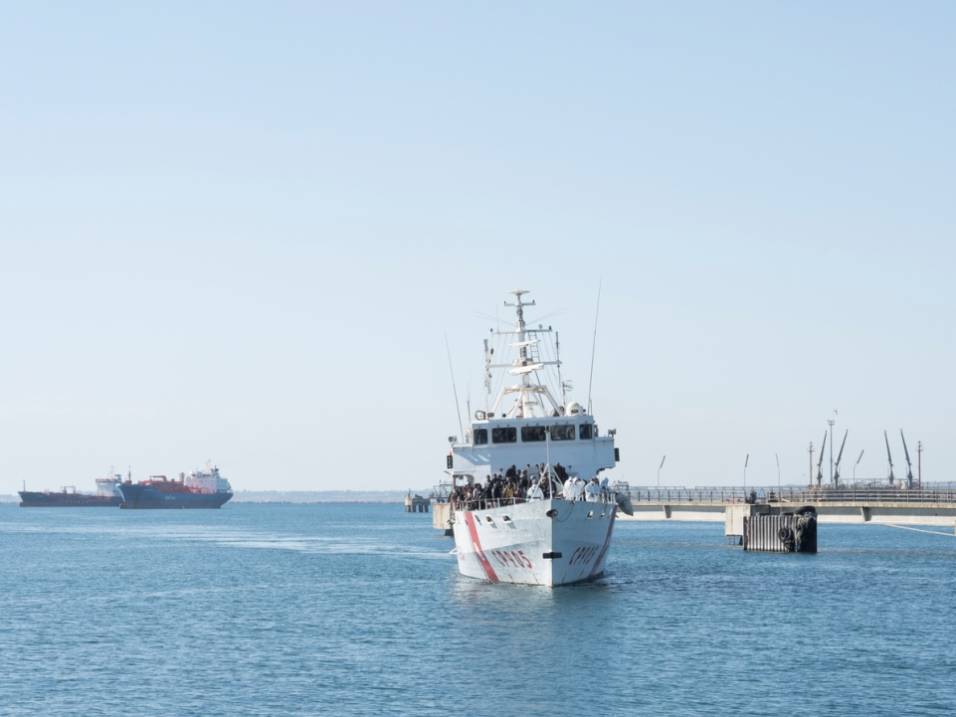 UNHCR, the UN Refugee Agency is appealing to European Union member States urgently to offer relocation places to some 150 rescued persons who remain on board the Italian coast guard vessel ‘Diciotti’. In the meantime, UNHCR urges Italian authorities to allow the immediate disembarkation of those on board.

The boat has been docked in Italy in the Sicilian port of Catania since 20th August – the majority of those on board are reportedly from refugee producing countries.

“Throughout history, Europe has recognized a fundamental moral and legal obligation to come to the aid of people fleeing war, violence and persecution,” said UN High Commissioner for Refugees Filippo Grandi. “The time has come to end the back-and-forth that has seen countries competing in a race to the bottom on who can take the least responsibility for people rescued at sea. It is dangerous and immoral to put the lives of refugees and asylum-seekers at risk while States engage in a political tug-of-war on long-term solutions.”

UNHCR commends those European States that have come forward to receive people rescued from the Mediterranean Sea, which has highlighted the benefits of a collaborative approach. However we are concerned about the potential consequences of a continued ‘ad-hoc’ approach.

In June, a conclusion of the European Council Summit was, “On EU territory, those who are saved, according to international law, should be taken charge of, on the basis of a shared effort.”

UNHCR therefore continues strongly to encourage established and predictable arrangements in the Mediterranean region for the disembarkation of people rescued at sea and urges States rapidly to accelerate efforts to put such an arrangement in place to address this type of situation.

Lives hang in the balance. Already in 2018, more than 1,600 people have lost their lives attempting to reach European shores, despite the number of people attempting to cross being significantly reduced compared to previous years.

“Coming out of the horrors of the Second World War, Europeans were amongst some of the key architects of the 1951 Refugee Convention, which has enshrined in international law the fundamental human right to seek asylum,” said Grandi. “The principles of the Convention, that share European values of solidarity and human rights, have stood the test of time as we have reaped the subsequent benefits of unity, goodwill and prosperity. I urge European States to uphold these principles, to do the right thing and offer places of asylum for people rescued from the Mediterranean Sea in their time of need.”

But while these discussions continue, frightened people who may be in need of international protection should not be caught in the maelstrom of politics. They deserve to be treated with dignity. UNHCR stands ready to support States with developing an approach that has, at its core, rescuing lives in distress at sea and in addressing the root causes driving forced displacement.