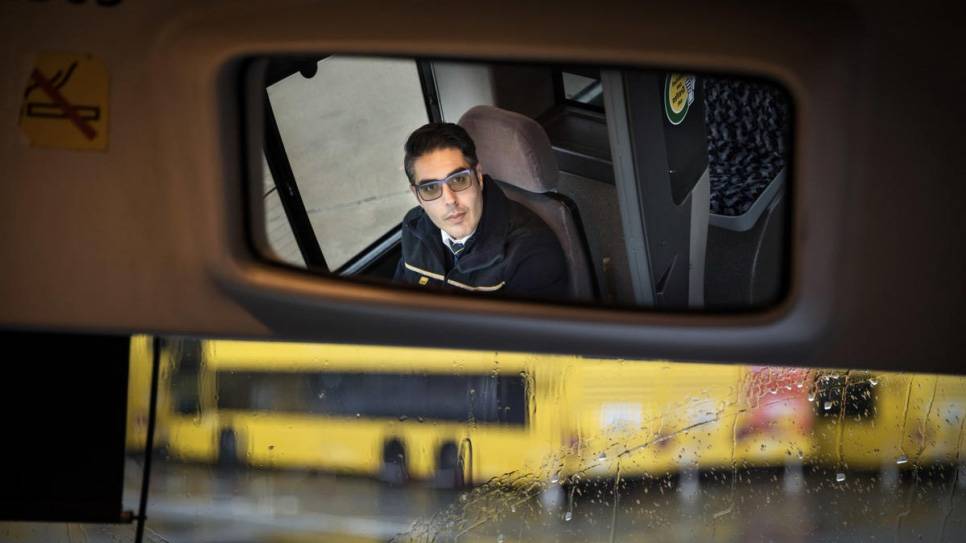 Transport chiefs in Germany’s capital are training refugees to drive buses, addressing a shortage of drivers and integrating newcomers.

Mohamad Al Said steps aboard a chugging, yellow bus and clambers inside the drivers’ cab, as passengers file on board behind him. The Syrian newcomer may look like he belongs in his new role as a bus driver, but getting here has meant months of hard work.
“I wanted security and a good, safe life for me and my family,” says the former literature student, 33, who fled to Germany from Syria in 2015 and recently retrained as a bus driver with Berlin’s transport network. “That’s very important to me.”

At first, Mohamad says he found it hard to get by in a strange new country with two young sons. But he soon found new friends who helped him with everything he needed to start over, from learning German to finding and furnishing an apartment.

Before long, Mohamad’s thoughts turned to job-hunting. He had studied Arabic in Syria and hoped to one day become a teacher. However, further study and teacher training would take years. With two young children to support, he realised he would need to fall back on other skills.

Mohamad told friends he had once had a job driving a small, nine-seater bus for a school in Syria. His friends suggested he contact Berlin’s transport network (BVG), which was looking for drivers. Several months later, he was offered a place on a special training programme for refugees.

“The job centre called and said, are you still interested in driving buses for Berlin?” recalls Mohamad. “I said of course! I worked very hard at it, I was always focused in our training sessions.”