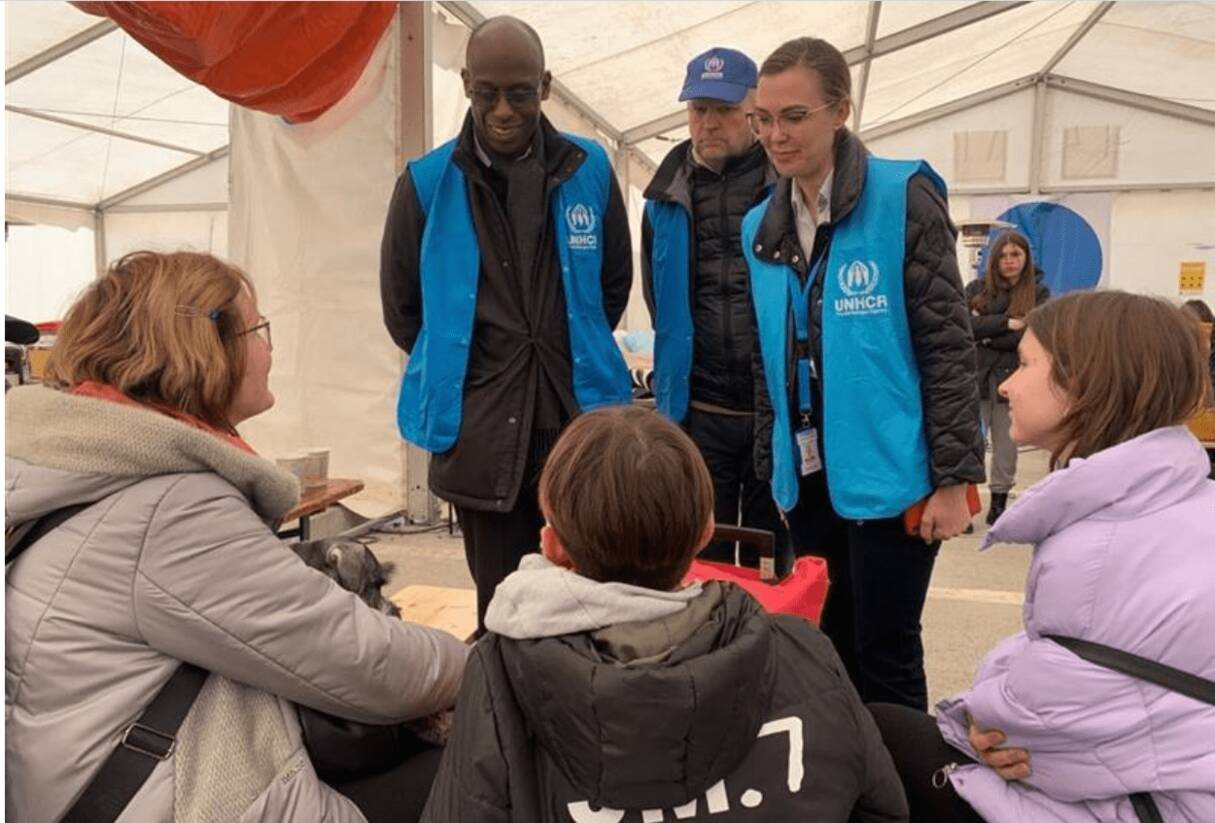 Concluding a week-long visit to Romania and the Republic of Moldova, Raouf Mazou expressed his appreciation for the remarkable solidarity displayed in both countries towards people fleeing Ukraine.

“In the past days, I have witnessed first-hand the generosity that has thus far characterized the response to the arrival of refugees from Ukraine,” Mazou said at the conclusion of his visit. “We must all express our deep appreciation to the governments and the people of both Romania and the Republic of Moldova for opening their hearts and their homes to those in need, in these very difficult times.”

At a meeting with Prime Minister Nicolae Ciucă in Romania, the Assistant High Commissioner commended the robust emergency response at borders and inside the country, which has so far received some 650,000 refugees. He acknowledged the rapid action taken by the Romanian government to ensure access to rights and services through temporary protection, as well as the strong coordination of the overall national response by the National Emergency Cell.

National authorities have ensured swift access to territory, assistance and onward safe transportation. Visiting the joint UNHCR-UNICEF Blue Dots in Isaccea and Siret, Mazou witnessed the coordination between national NGOs and the authorities as they provide information and identify vulnerable refugees, including unaccompanied and separated children, for referral to protection structures.

On 7 April, Mazou observed the Palanca border crossing point, one of the busiest crossing points into Moldova from Ukraine. Earlier in the week, while in Romania, he visited the Transit Centre in Husi, to which over 7,000 refugees coming from Palanca had been transferred as a result of close cooperation between the two governments and with the support of UNHCR, the UN Refugee Agency, and the International Organization for Migration.

Since the onset of the conflict, over 400,000 refugees have crossed into Moldova. Tens of thousands have been assisted to travel onwards to other countries, including through pledges made by EU countries to welcome refugees from Moldova. “The pledges made by European countries to transfer refugees from Moldova to their territory is an effort to share responsibility and ease pressure on receiving countries, as emphasized in the Global Compact on Refugees,” said Mazou.

Mazou also visited the MoldExpo in Chișinău, which is operating as an accommodation facility, a Blue Dot and a cash enrolment centre. Cash enrolments in Moldova are rapidly increasing since the programme was launched at the end of March. In collaboration with the government and the World Food Programme, the aim is to provide cash to some 150,000 people, as well as to Moldovan host families who have opened their homes to refugees fleeing Ukraine.

The need to strengthen existing national systems to enable them to respond to the needs of refugees and host communities is essential, particularly given the scale of this crisis, as was discussed with Sergiu Odainic, Secretary-General of the Ministry of Foreign Affairs and European Integration of the Republic of Moldova. Following an initial three-month period, refugees should be able to access national support mechanisms, thus avoiding the need for parallel systems.

“The whole-of-society mobilization and solidarity which I have seen during my visit – from government to civil society to volunteers – has been truly humbling. We have to ensure that it reaches all refugees, irrespective of where they are fleeing from,” said Mazou.