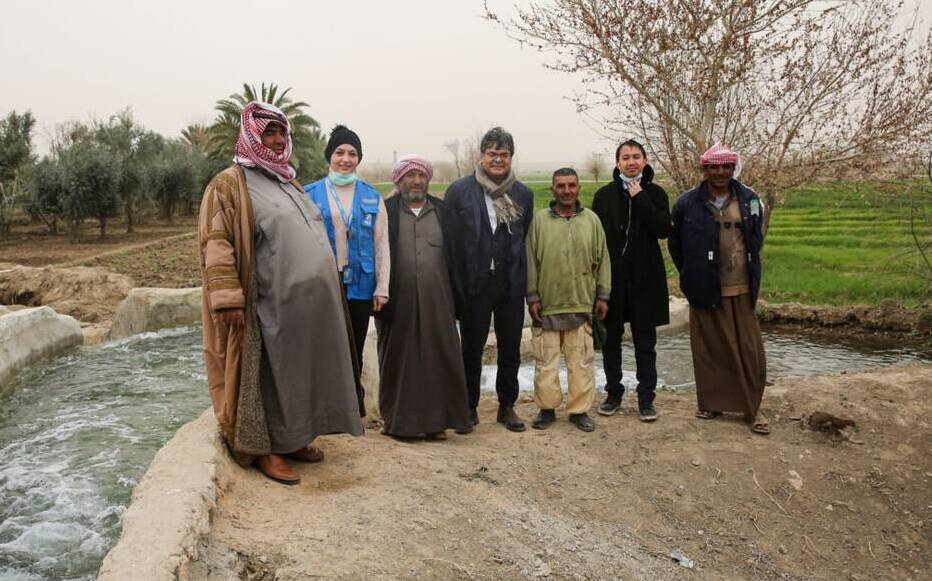 After years of fighting destroyed much of eastern Syria’s largest city and displaced hundreds of thousands of residents, UNHCR is helping families get back on their feet.

Standing beside their parched fields on the once fertile banks of the Euphrates River outside Deir-ez-Zor, eastern Syria’s largest city, relief washes over a group of farmers as water from a repaired irrigation station starts flowing down concrete channels towards the land. Smiles and exclamations of “Alhamdulillah!” (Praise be to God!) break out among the group.