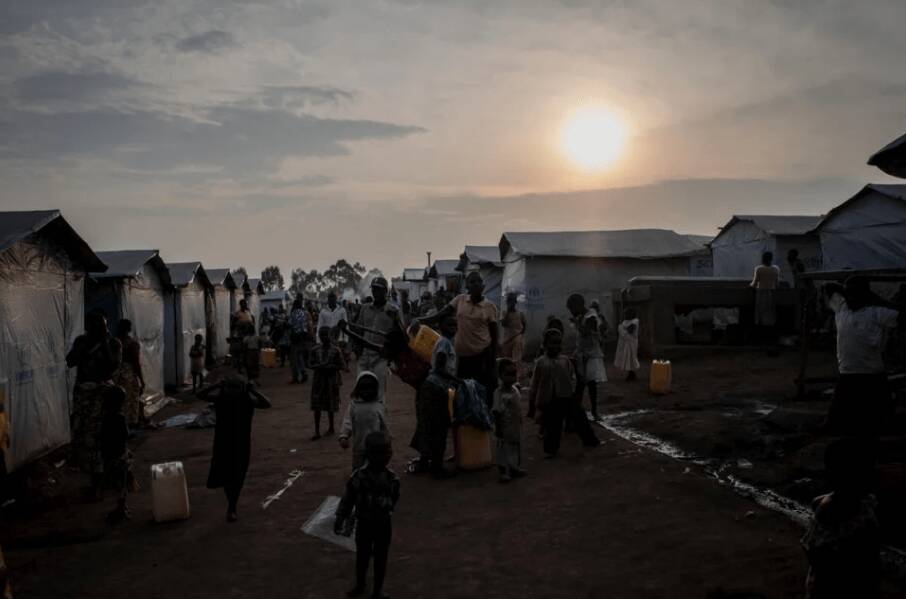 Due to insufficient funding, UNHCR, the UN Refugee Agency, is unable to adequately respond to the rising humanitarian needs of refugees and internally displaced people in the Democratic Republic of the Congo (DRC).

The DRC is among the most underfunded of UNHCR’s operations worldwide. As of 30 June 2022, only 19 per cent of the US$225 million budgeted at the start of the year has been secured. This has significant impacts on the lives of those forced to flee.

Needs in the DRC are massive. At the start of the year, the country was host to over half a million refugees and asylum seekers, and over 5.6 million internally displaced people.

Fighting between the Congolese Army and non-state armed groups in North Kivu Province has displaced another 160,000 people since April. In addition, UNHCR and partners in Ituri Province have recorded over 800 deaths from firearm attacks and machete raids on local communities, which have driven 20,700 people from their homes.

During a visit to the DRC’s Ituri Province between 25 and 28 July, UNHCR’s Director for External Relations, Dominique Hyde, saw first-hand the strength in the face of horror demonstrated by forcibly displaced women, men, and children, but also the impacts of underfunding.

At the present rate, 82 per cent of the country’s internally displaced people will not receive adequate shelter support. They will be forced to sleep in churches, schools and stadiums, out in the open, or may resort to returning to their homes despite the risk of being targeted by armed groups.

Every child has the right to primary education, but in the DRC, due to underfunding, only 16 per cent of South Sudanese refugee children are able to attend school. At current funding levels, UNHCR cannot support a single refugee child to attend secondary school this year.

Without additional support, UNHCR will be forced to cut cash and livelihood kits for agriculture, fisheries, and livestock. These gaps combined with serious droughts in both eastern and southern Africa will result in many displaced people going hungry.

While attention is focused on some of the world’s biggest crises in Syria, Afghanistan, and, most recently, Ukraine – other emergencies, many of them in Africa, have failed to attract the same levels of attention, support and resources.

Today, these underfunded crises face a toxic cocktail of conflict, climate shocks, and the socio-economic fallout of the COVID-19 pandemic, alongside the devastating ripple effects of the war in the Ukraine. Food and fuel prices are dramatically increasing, stretching humanitarian resources ever thinner.

International solidarity toward people fleeing war in Ukraine has been overwhelming. We need a similar response - and more financial support - to all crises around the world.

Every day, UNHCR and its partners are responding to these crises, but we cannot do it alone. We urgently appeal to the international community to act now, and support those desperately in need.