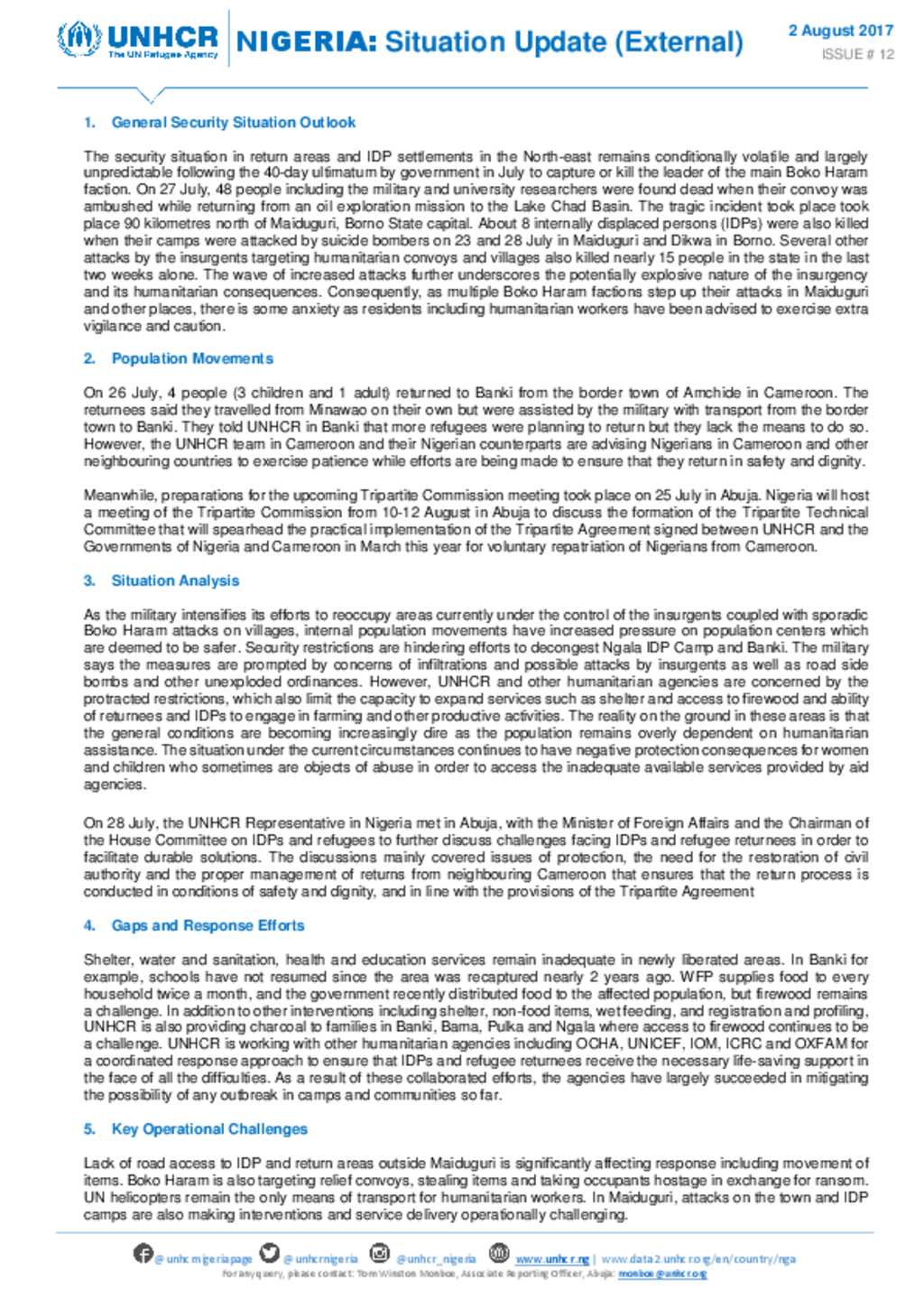 The security situation in return areas and IDP settlements in the North-east remains conditionally volatile and largely unpredictable following the 40-day ultimatum by government in July to capture or kill the leader of the main Boko Haram faction. On 27 July, 48 people including the military and university researchers were found dead when their convoy was ambushed while returning from an oil exploration mission to the Lake Chad Basin.