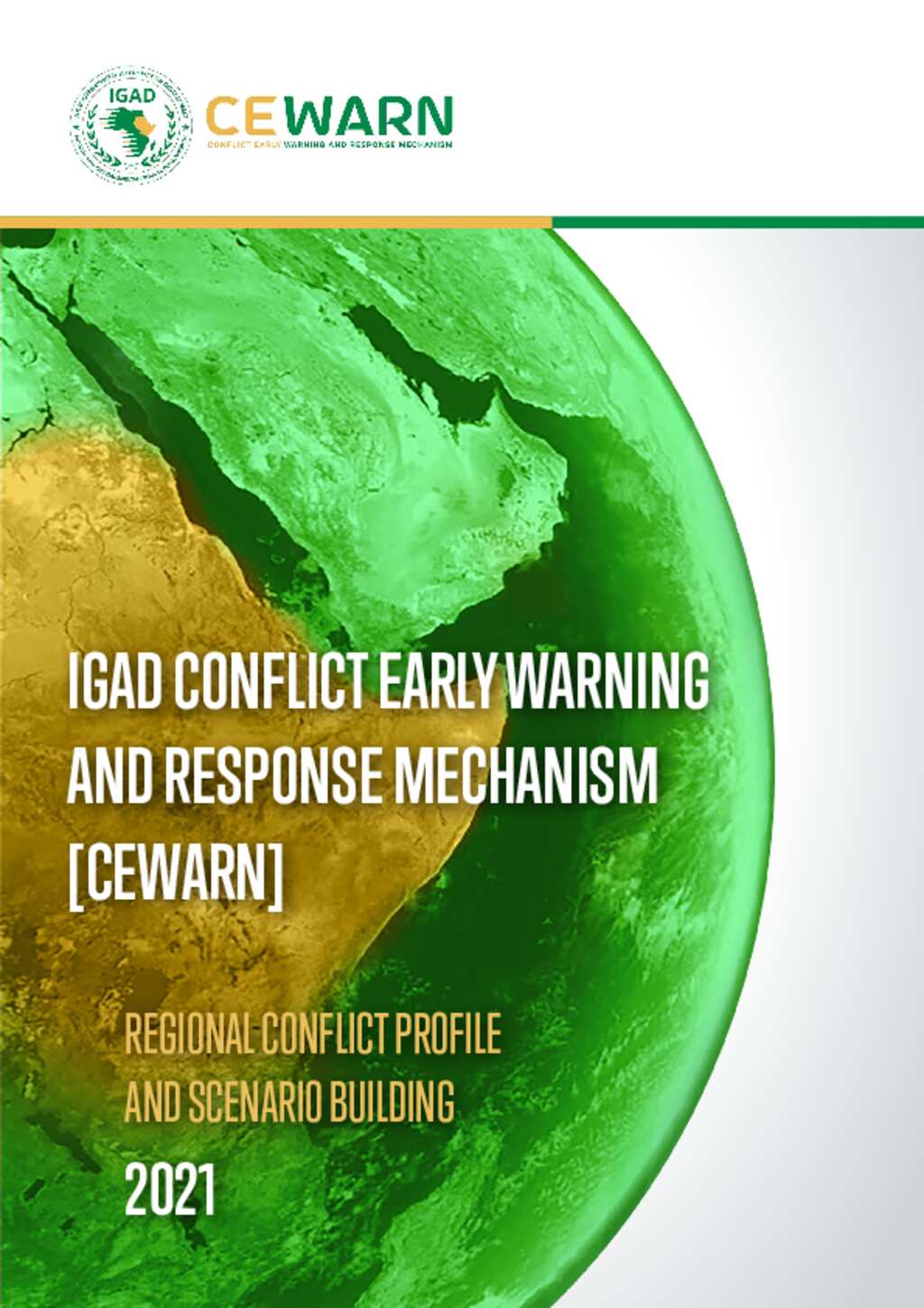 IGAD Conflict Early Warning and Response Mechanism (CEWARN) - This is a synthesized regional report based on country-specific thematic research, country conflict profiles, scenario-building reports, daily briefs, weekly update reports, national and regional situation room reports, sectoral NRI country reports, and field data received from CEWARN’s integrated reporter system. For CEWARN, an issue is considered to be regional if it manifests in (or has the potential to manifest) at least three of the seven-member states. Issues that do not fall in this category, but are considered early warning in nature among the different member states are captured in the national reports. This report was further honed by a regional validation exercise that brought together experts from the member states and IGAD peace and security programs.