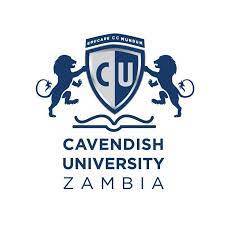 UNHCR Representative to Zambia features on Cavendish University Zambia Facebook Television . Cavendish University Zambia has partnered with UNHCR to have 200 students enrolled at the university.
THE BLUE WINGBACK | GUEST BIOGRAPHY
UNHCR Representative to Zambia, Ms. Pierrine Aylara, a Benin-Swiss national, who, prior to her appointment to Zambia served in various field locations and at UNHCR’s Headquarters in Geneva, Switzerland.
She has also held several stints at senior level within UNHCR in Mozambique and Angola as Representative.
During her stewardship of UNHCR in Zambia and in fulfilling UNHCR’s mandate of protecting and finding durable solutions for refugees, Ms. Aylara has sustained an effective working relationship with the Government of Zambia, members of the diplomatic community, UN Agencies, non-governmental organisations and all other major stakeholders and interlocutors in the refugee programme in Zambia including the civil society.
Ms Aylara took over from Ms Laura Lo Castro, who completed her assignment at the end of June 2017.
Zambia currently hosts over 100,000 refugees and others of concern, mostly from Angola, the Democratic Republic of the Congo, Rwanda, Burundi, Somalia and Uganda. The vast majority reside in two refugee settlements – Mayukwayuka in Western Province and Meheba in North Western Province, while others live in urban areas or are self-settled in various locations.
She'll be featured on the Cavendish University facebook-based The Blue WingBack TV chat programme on Friday 30 July 2021 at 14:00 hours CAT. Follow the programme on Cavendish Zambia Facebook page.