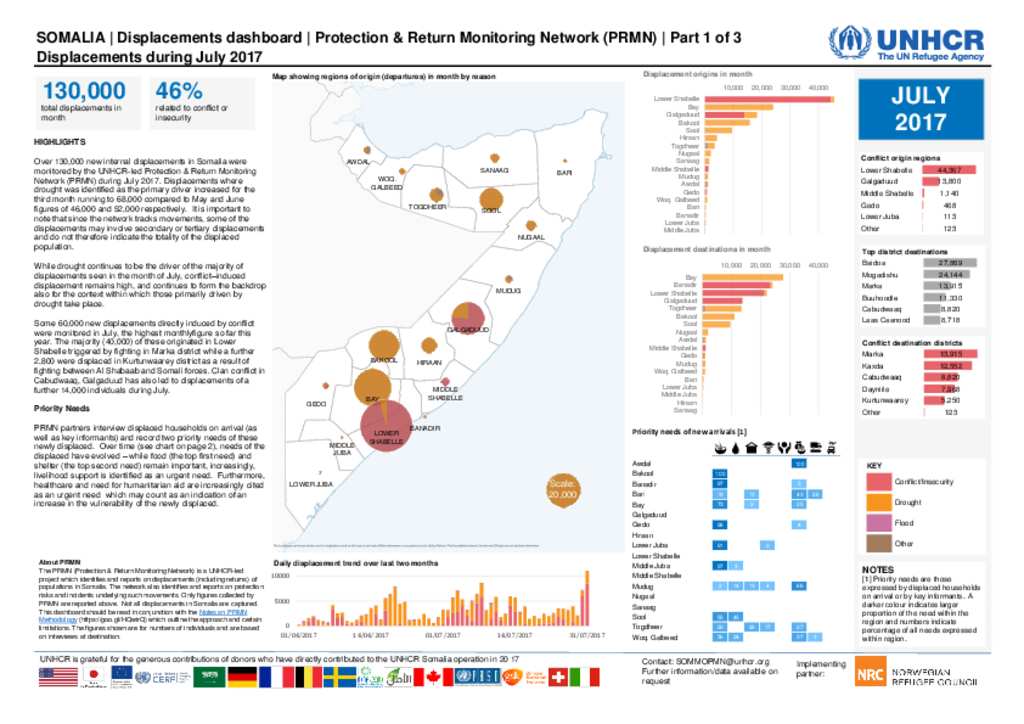 31 July 2017 dashboard for internal displacements across Somalia - including not only displacements attributable to drought but also due to conflict and other reasons - recorded by the UNHCR-led Protection & Return Monitoring Network (PRMN). Highlights: • 130,000 new internal displacements were identified in July 2017 by the UNHCR-led PRMN. Displacements where drought was identified as the primary driver increased for the third month running to 68,000 compared to May and June figures of 46,000 and 52,000 respectively. This brings the total of drought-related displacements for the year to date to 770,000 (for the period 1 November 2016-31 July 2017: 859,000). • Drought-driven displacements are taking place within a context that remains marked by conflict; some 60,000 new displacements induced by conflict were monitored in July, the highest monthly figure so far this year. These arose primarily in Lower Shabelle in Marka and Kurtunwaarey districts (40,000) and Galgaduud, Abudwaaq dis