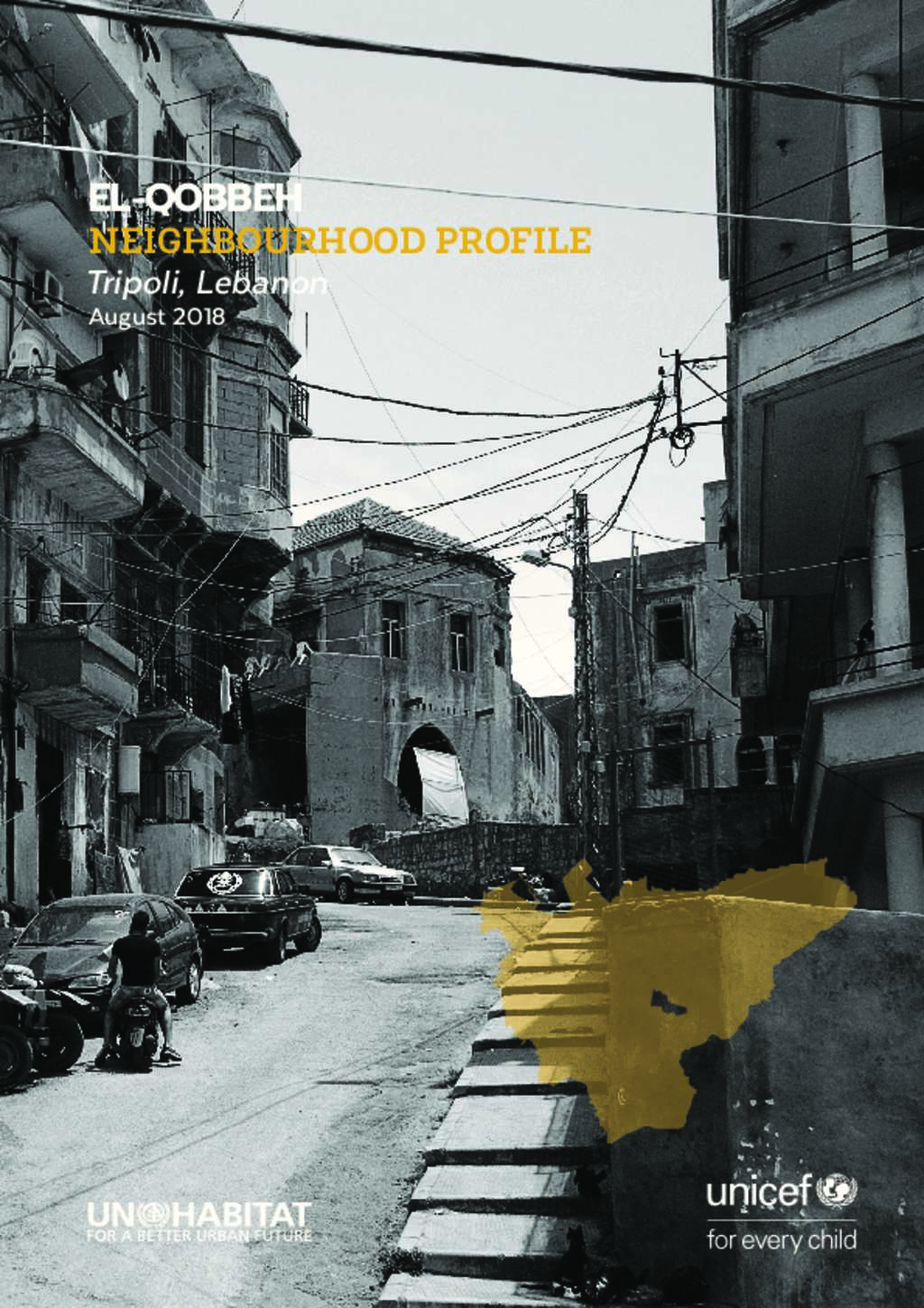 El-Qobbeh is a predominantly residential neighbourhood in eastern Tripoli, on the east banks of Abu Ali River. It falls within the jurisdiction of Tripoli Municipality, in Lebanon’s North Governorate. El-Qobbeh neighbourhood as defined participatively in the field spans 1.78 square kilometres. This profile however covers only the most vulnerable core of the neighbourhood, a 0.16-square-kilometre pocket. The profiled part of the neighbourhood is a low-income area, exhibiting a relative weakness in terms of public basic urban services and social services provision, limited livelihood opportunities, and a fragile security situation affected by historical¬ly rooted tensions. The profiled area holds 552 buildings and accommodates 6,385 residents, the vast majority (84.4 percent) of whom are Lebanese. Most of the non-Lebanese residents are Syrian (14.5 percent of the total population). A household survey sample shows that of the non-Lebanese households, more than three quarters arrived in Lebanon from 2011 to 2017,