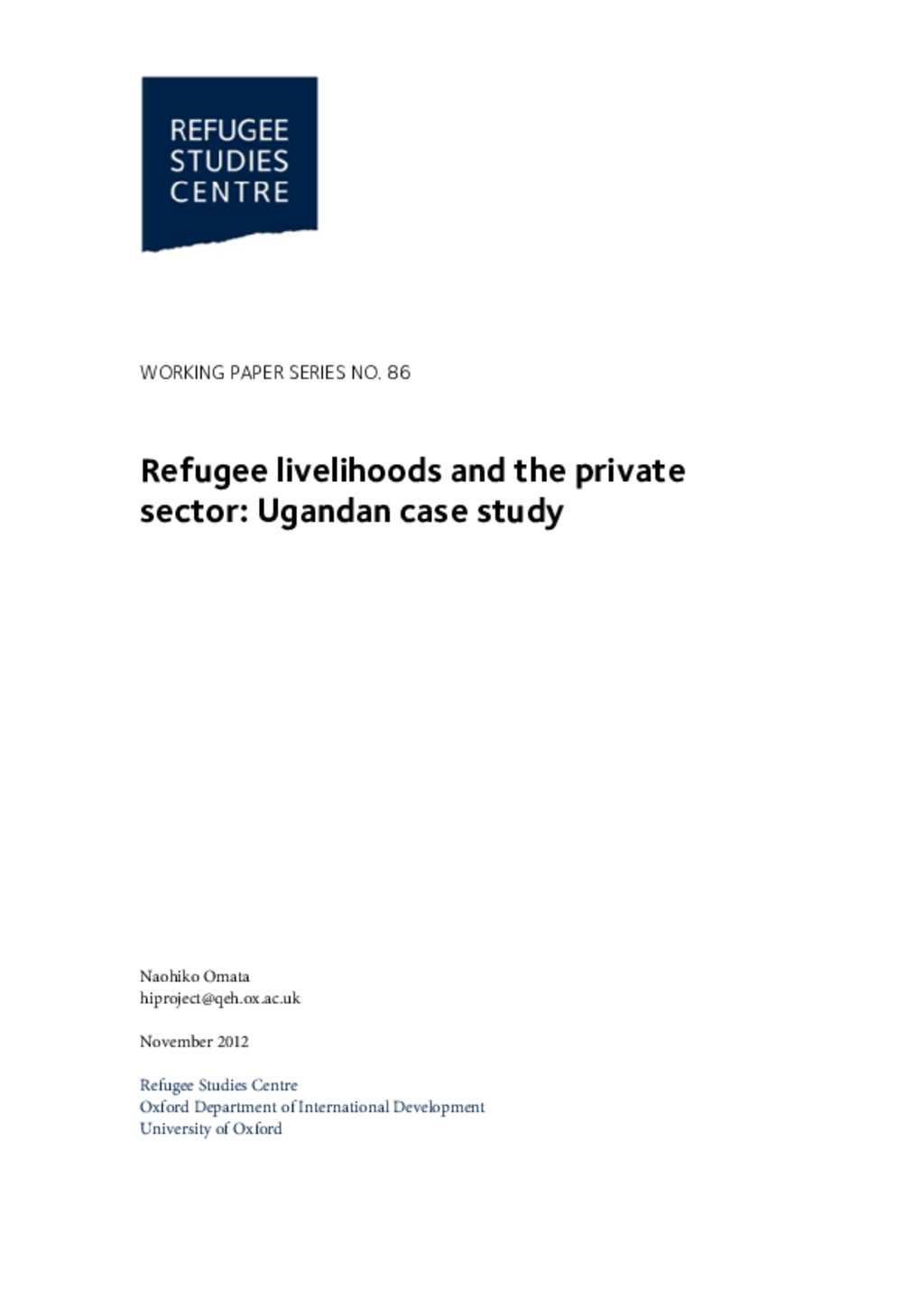 Uganda is a signatory to all principal international legal instruments for refugee protection – the 1951 Refugee Convention, the 1976 Protocol and the 1969 OAU Convention. The country previously derived its refugee management frameworks from the Control of Alien Refugee Act (CARA). Enacted in 1964, over a decade before Uganda ratified the 1951 Refugee Convention, the Act was inconsistent with the international standards relating to the treatment of refugees (Dryden-Peterson 2006: 384). It required, for instance, all refugees to reside in designated settlements (Bernstein 2005: 7). However, this legal framework had never been strictly enforced and there have been a great number of self-settled refugees who reside outside the settlements