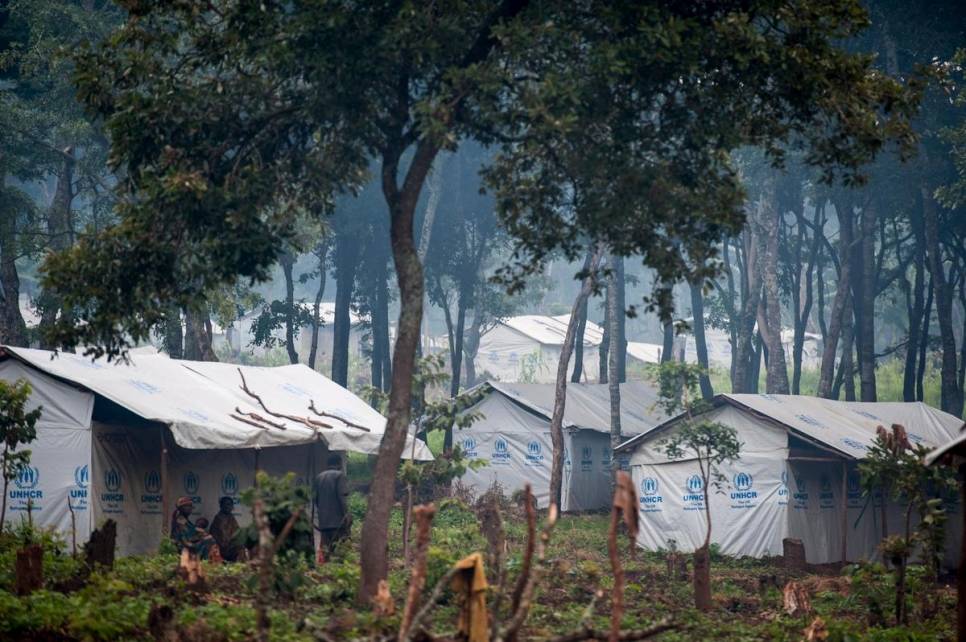 As hundreds of Burundian refugees continue to flow into neighbouring countries every week, UNHCR is calling on host governments to urgently provide more land to ensure shelter and avert a drastic deterioration in conditions.

The number of people fleeing Burundi, where peace talks have stalled, has been rising in the first weeks of the year, adding to the pressure for land in host countries, particularly Tanzania, Rwanda, and the Democratic Republic of the Congo. The majority are women, children and individuals with specific needs.

Without allocation of new land to extend capacity in existing camps or build new ones, these countries will struggle to provide sufficient shelter and life-saving services in the camp sites. Camp facilities also need to be upgraded, including construction of more homes, schools, health centres and better drainage systems to lessen the risk of disease.

The challenges and gaps due to the crowded conditions in existing camps include access to basic social services, provision of child protection, tackling sexual and gender-based violence, insufficient classrooms, averting absenteeism, helping people with special needs. The land shortages and rising number of arrivals exacerbate these problems.

We have been working with the host governments to address the land issue and are impressed by their commitment, as well as their generosity, but more action is needed to avert a dangerous slide in standards and conditions, including relying on shrinking space to accommodate growing numbers.

At the same time, donor nations should help with stepped up assistance and funding. Last year, UNHCR received a vital US$96.1 million in contributions for the Burundi situation, or 53% of the amount requested.
Tanzania

The pressure is most acute in Tanzania, which has taken in more refugees than any other country. Arrivals remained high in January, with an average of almost 600 daily. All three camps hosting refugees face severe pressure and we and partners are urging the government to urgently allocate land for new camps.

The capacity of Nduta, the only camp taking in new arrivals, recently passed the current 100,000 capacity and faces the greatest pressure. Humanitarian organizations are struggling to provide minimal basic services and fear outbreaks of health emergencies if the crowding gets worse and facilities fail to keep pace.
Democratic Republic of the Congo

The DR Congo faces land shortage at Lusenda camp, where the population last year almost doubled to 25,000 at the end of 2016. In January, some 1,040 Burundians were registered. More and more people, meanwhile, are waiting in transit centres to be moved to the camp.

Most of the Burundian refugees in eastern DR Congo live in Lusenda, some 70 kilometres from Burundi. It was extended several times in 2016 but is almost full. Shelters lie close together and UNHCR worries about fire risks if more are added.

The lack of land has made it impossible to provide agricultural plots to refugees, which would help them become self-sufficient.
Rwanda

Rwanda’s Mahama camp has surpassed its capacity of 50,000 refugees and is now sheltering over 53,000 refugees. More and more of the 38,000 Burundian urban refugees are asking to be transferred to the camp as they can no longer manage in cities. With the number of arrivals at more than 160 a week in January (doubling from last year), many live under plastic sheeting in overcrowded communal hangars, waiting for a move to a family shelter. In addition to poor hygiene in these hangars, the living conditions present serious protection risks due to lack of privacy.

Other serious challenges in Mahama include land degradation, lack of lighting and poor drainage which present health and safety problems. After heavy rains, ravines form and this is leading to deteriorating sanitation conditions presenting health risks, as well as possible physical harm to children and damage to shelters. We plan to build better designed accommodation, but additional land is urgently needed.
Uganda

Uganda, which hosts some 44,000 Burundian refugees in total, runs a progressive settlement approach to refugee management and protection. Upon arrival, refugees are provided with plots of land on which to build new homes and grow crops, and live among the Ugandan host communities. The government has earmarked land specifically for hosting refugees, but significant investments are needed in local infrastructure to ensure that refugees are able to access key basic services.