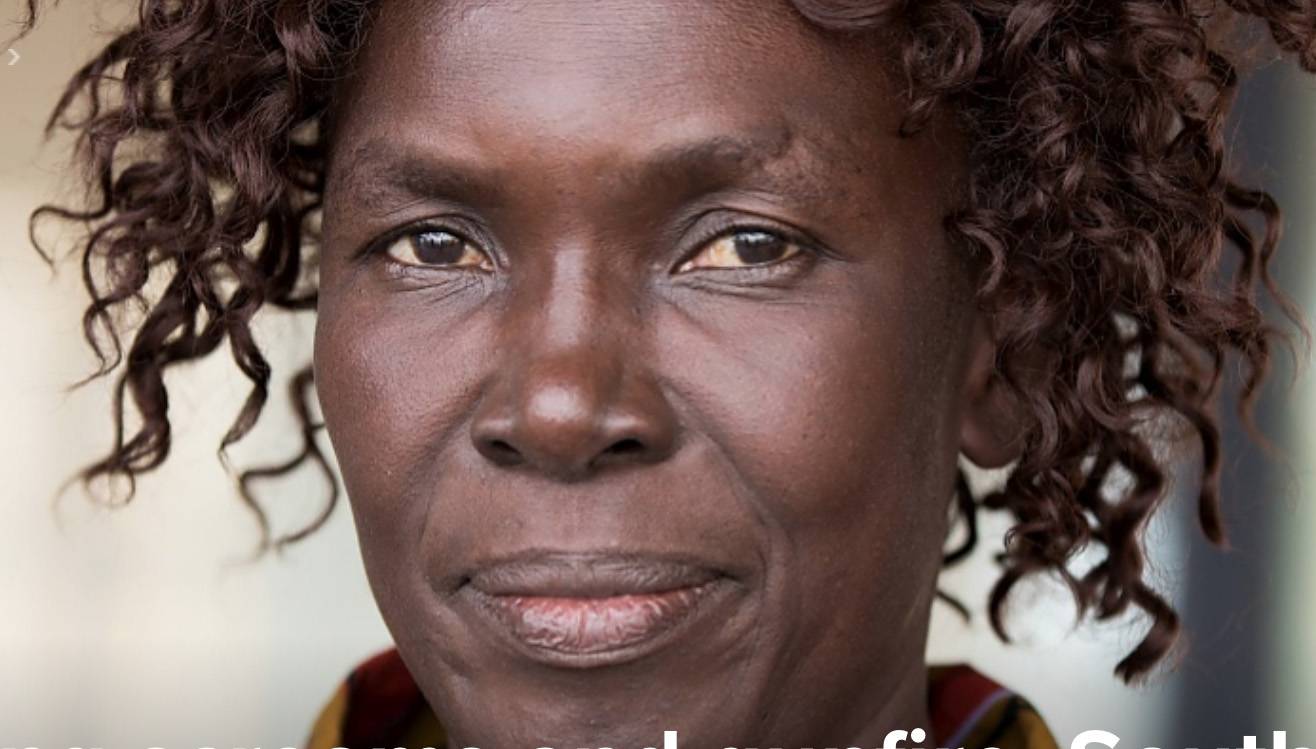 For four days, Milly Lagu listened to the terrifying sound of gunfire and watched flames rising from neighbouring villages. On the fifth day, the fear was too much to bear.

Knowing soldiers could soon come and take away her two eldest sons, Milly and her children fled the village of Opari, South Sudan, in December 2013, with the screams of neighbours and sounds of gunfire still ringing in their ears.

“I thought they would either abduct them or, if I resisted, kill them,” she recalls. To her horror, she became separated from them as they left.

Milly, 47, who gave a moving speech at the Executive Committee meeting of the UN Refugee Agency, UNHCR, in Geneva meeting last week (Oct 2-6) on the urgent need for an end to the conflict in South Sudan, found herself leading a group of 30 women and children away from the violence, towards the Ugandan border.

Together, they trekked for days. At every turn, Milly – a mother of six – prayed for the safety of her two eldest boys. “On the fourth day, in the evening, I found them. They arrived with swollen legs, having walked and ran everywhere. I cried because I did not imagine that I would see them alive again.”

Finally, with their group growing ever larger, Milly and her children crossed the border into Uganda, where the driver of a garbage truck offered to take them to Kiriandongu reception centre in the west. By then, they were so hungry and desperate to rest, they had little choice. “It was filthy, but what can one do?” says Milly.

In Kiriandongu, Milly and her children were registered as refugees and given a plot of land to farm and live on. Even now, their worries are far from over. When it rains, their hut leaks and mud seeps through the cracks. Her two eldest children cannot attend school, because Milly cannot afford the fees of 300,000 UGX (about US$80) per term. Just making sure her young children have enough to eat is a daily struggle.

“Life is not easy, it’s hard,” she says, with tears in her eyes. “Because the number of refugees has increased drastically, food rations and land have been halved. But all of them are refugees and human beings, so they must also eat. They did not come because they wanted to, they fled war the same way we did.”

To add to her heartache, in 2014, a friend broke the painful news that her husband, a military man who was conscripted, had been shot in fighting between rival forces.

Fighting in South Sudan has cost thousands of lives and driven four million people from their homes. There are more than one million South Sudanese refugees in Uganda alone and over 85 per cent of those are women and children. However, UNHCR has received just 21 per cent of the US$674 million needed to support them for 2017.

“We must focus on conflict prevention and make sure that all ways and means have been put in place to have an inclusive dialogue, which is critical in South Sudan today,” said Akodjenou. “It should not become a forgotten crisis.”

Milly is so determined to improve the lives of women and children from South Sudan that, as president of the child protection committee and women’s affairs representative, she travels from village to village counselling women and children suffering from depression and trauma. She also attends inter-agency meetings.

“Women and children are suffering, and I think they will continue to suffer without the help of the international community,” she says. “The status of being a refugee is not permanent. At some point we shall go back home. They have to remain themselves because they are the future of our country.”

Milly hopes that, one day, she and her family will return home.

“My only dream is if peace could return to South Sudan and we could go back home. You know, there is no place like home.”