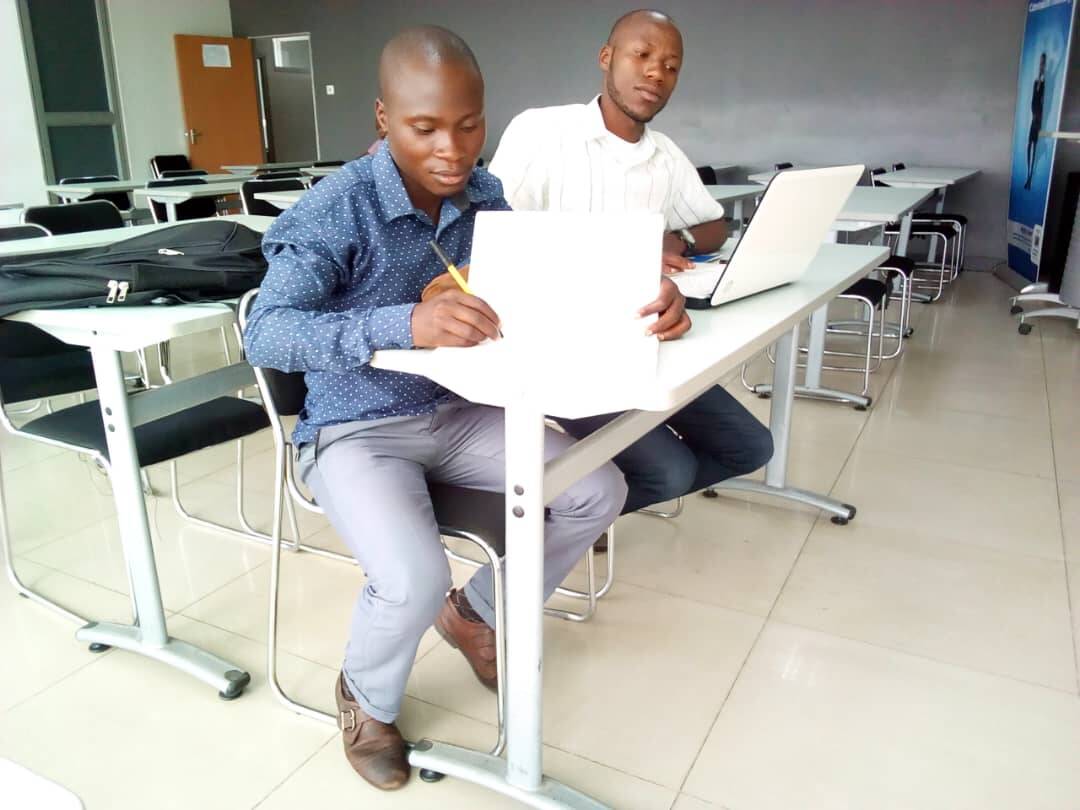 Every year, millions of people, among them, children are forced to flee their homes to escape conflict and persecution and, in the process, miss out on education opportunities. It is already a hard thing to be a refugee in this situation, but even harder to be so without education. The truth is, for refugee children, education provides a rare chance for them to become self-reliant adults who can become role models and leaders in their communities.

Ladislas Kiwele Kasoma - 28, a refugee youth,who lived in Mantapalain early 2000, after fleeing political conflict in the Democratic Republic of Congo (DRC),narrates that his education journey startedat Kala Primary School atKala Refugee camp in Luapula province, Zambia, where he studied from grade one to grade 10. He was eight years old then, living with his family of eightmembers.Today, through UNHCR Lusaka representation office, who administers the DAFI scholarship, Ladislas managed to realize his dream of studying computer science.

When peace prevailed in his country, Ladislas and his family returned home to Moba in DRC where he continued learning from grade 10 to 12 at Nsimba Secondary School.

“I had difficulties to develop new friendships and to adapt to new teachers with new teaching methodologydifferent from the Zambian curriculum,” recalls Ladislas.

These barriers did not stop him from holding on to his dream of becoming a computer scientist, a study he esteemed since his childhood.

“I wondered where to access information on student finance scheme because my family could not afford to send me to college,” recounts Ladislas. “Education seemed impossible at this stage and becoming a computer scientist was a far-fetched dream. I remained in the village for four years helping my family through petty trading.”

At the height of renewed skirmishes in the DRC in 2018, Ladislas fled back to Zambia again this time through the northern border and separated from his family, he settled in Mantapala, Luapula province, Zambia.

While in Mantapala, his dream to study computer science rekindledwhen he got admitted to Cavendish University in Lusaka, Zambia, and later, becoming the first student in Mantapala to win the 2019 Albert Einstein German Academic Refugee Initiative Fund scholarship also called DAFI,funded by the German government, offering him tuition fees, study materials, food, transport, accommodation and other allowances.

“I am extremely happy, andI feel very lucky,” said Ladislas. “This is the best thing that has happened to me. I am so proud to be supported by the DAFI scholarship. It has opened many possibilities that will shape my future.”

Ladislas is showing gratefulness by conducting motivationaltalks, when on recess, to encourage his fellow youths in Mantapalato study hard, focus on their life goals and belief in the DAFI scholarships.

To date, a total of 46 refugee students in Zambia are receiving the worldwideUNHCR’s higher education DAFI scholarships, enabling themto access higher education and providinga foundation for social and professional development for building careers,improving self-reliance and offering long-term solutionsin competitive fields of employment.Education is an integral part of protection for persons of concerns to UNHCR, fifty percent of whom are children and youth.Since its inception in 1992, the DAFI programme has grown considerably, enabling more than 15,500 refugees to study at universities and colleges in over 50 countries of asylum.

For the UNHCR Zambia office, the DAFI scholarship has been a useful intervention that is helping the office in its efforts to support the Government of the Republic of Zambia deliver on its commitments to include refugees in the Zambian education system. With more support from other partners, the UNHCR will continue to work closely with the Government to ensure refugees are granted access to an education.